I'm not passionate about games, I do not like (I do not. Never say anything erotic games. PC games, talk :)). I worked at an Internet room and play at a time when Counter–Strike was an epidemic. I dropped his uncontaminated despite incercaralior Costin to make me go into a clan to catch the fever Counter Strike. Neah. I found nothing interesting about auto racing and I only lasted three or four days to rub keys Need for Speed ​​Underground 2 (NFSU2). Um ... yeah. I remember now. I was more excited to play Revolt than NFSU2 . We Revolt racing with someone in LAN. :). The only games that I tried were just a few simple shooters that I've bored a few days (within two weeks). SWAT 4 , Return to Castle Wolfenstein , Unreal Tournament 3 si Call of Duty were games where I stood head-tail. hhhh 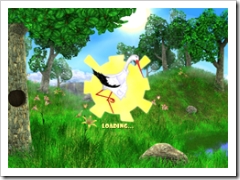 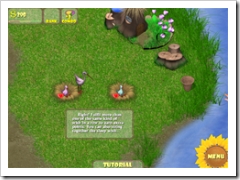 The game promises to eat me during these 5-minute 10 Is called Birdies and more details about him and his stork can be found here: Arcade Games: Birdies .