If you have noticed something responsivity issues la keyboard device iOS after you do the update to iOS 7.1Then you will surely want to install and iOS update 7.1.1, Released by Apple. This update, called maintenance updateBrings system improvementsA few fixes si Security updates devices running iOS 7. 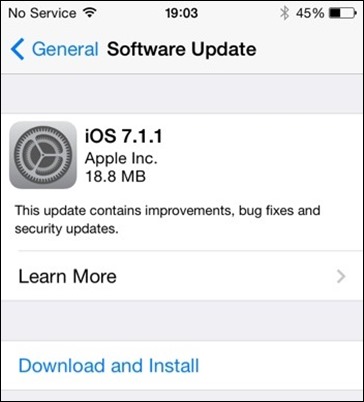 This update contains Improvements, bug fixes and security updates, including:

7.1.1 iOS can be downloaded and installed via Software Update in application Settings on apparatuses compatible iOS.

Apple has released the iOS 7.1.1 update