With the official presentation of the new iPhone 6S and launch iOS 9, Apple also made some changes to the packages of paid services.

The most significant change occurred in packets of data storage in iCloud. service iCloud Storage / iCloud Drive. The new packages offer a storage space much higher (in some packages more than double) the same tariffs. So for Europe (EU countries), package 0,99 euros which have 20GB has now 50GB included. For 9,99 Euro / month (VAT included) Apple offers 1TB storage space! We would say a pretty decent rate.

Package prices iCloud Storage differs depending on the country / continent. The complete list of rates for each country / region can be found on official page a Apple. 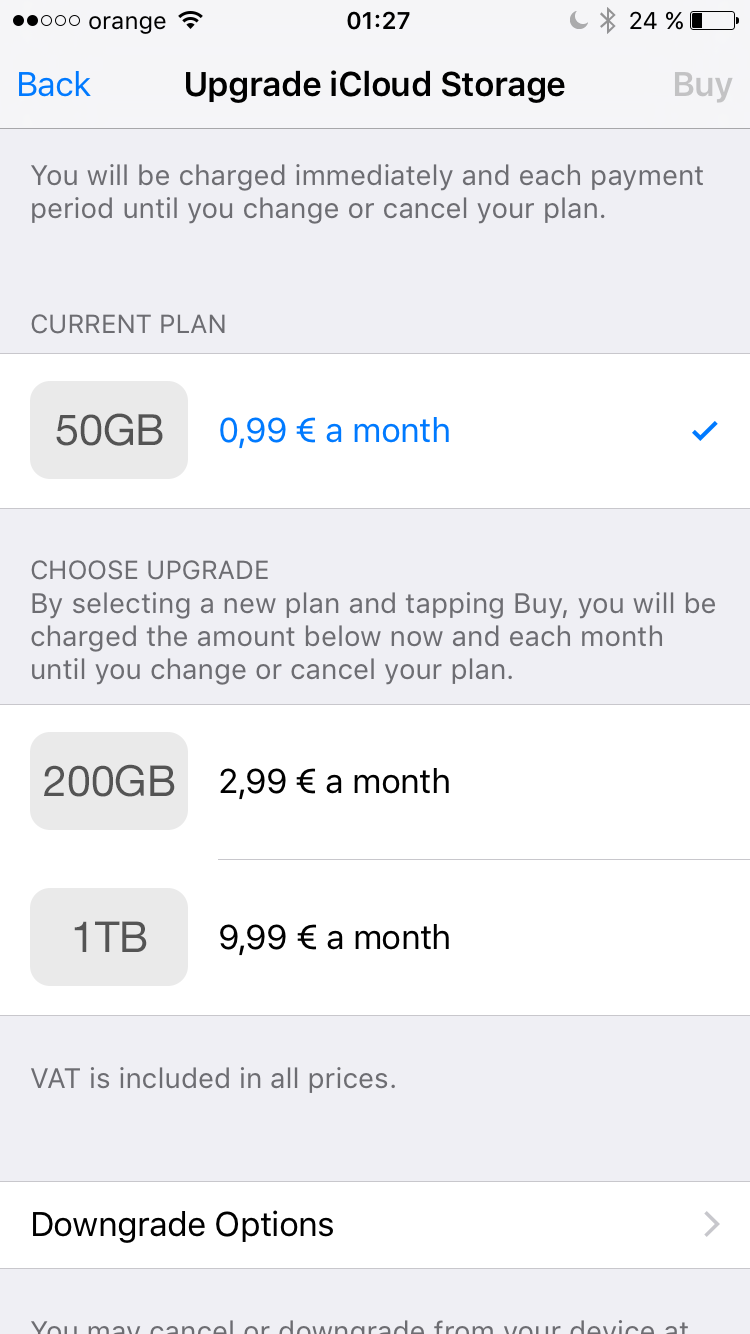 It is worth noting that the package Free iCloud Storage it remained unchanged, Apple offering 5GB free space for iOS backup, pictures and other documents.