Over the years, Banca Transilvania, he knew how, let alone, keep himself up high enough marketing. A communication tool, used by merchants since ancient times, to create illusions for potential customers. We couldn't help but remember, after almost 10 years, the famous commercial with "Zanul"And his"Six beautiful horses".

The fairy, a nice guy, could still be seen from several points of view. Many were amused by him and the funny expressions in the commercials, others, like me, wondered if they didn't want to highlight "the broad neck”And what awaits you behind the fence. You know that word… “Outside it is painted the fence, inside the leopard". An experience that also best highlights what happens when you pass the threshold of some Transilvania Bank agencies. You can hit it logina contradiction - nonsens or a the very large discrepancy between what is said and what is actually.

On the “hot” services side, Banca Transilvania was in the first wave of banks in Romania, which introduced Apple Pay. A very cool service, allowing the owners to iPhone make payments at stores, gas stations, cinemas (or other POS contactless locations) directly from the Wallet app without the need for a card on them and, more importantly, no fees or hidden fees (apparently) as practiced at all banks across Romania. About how it works Apple Pay, how to add a card to your iPhone si how to make direct payments with the iPhone, I wrote here.
The past days, Banca Transilvania, has also launched BT Pay in application iMessage / Messages. Service that allows call si sending money directly through iPhone messaging. The condition is that the conversation partner has an account BTR and service BT Pay enabled / application installed on iPhone. 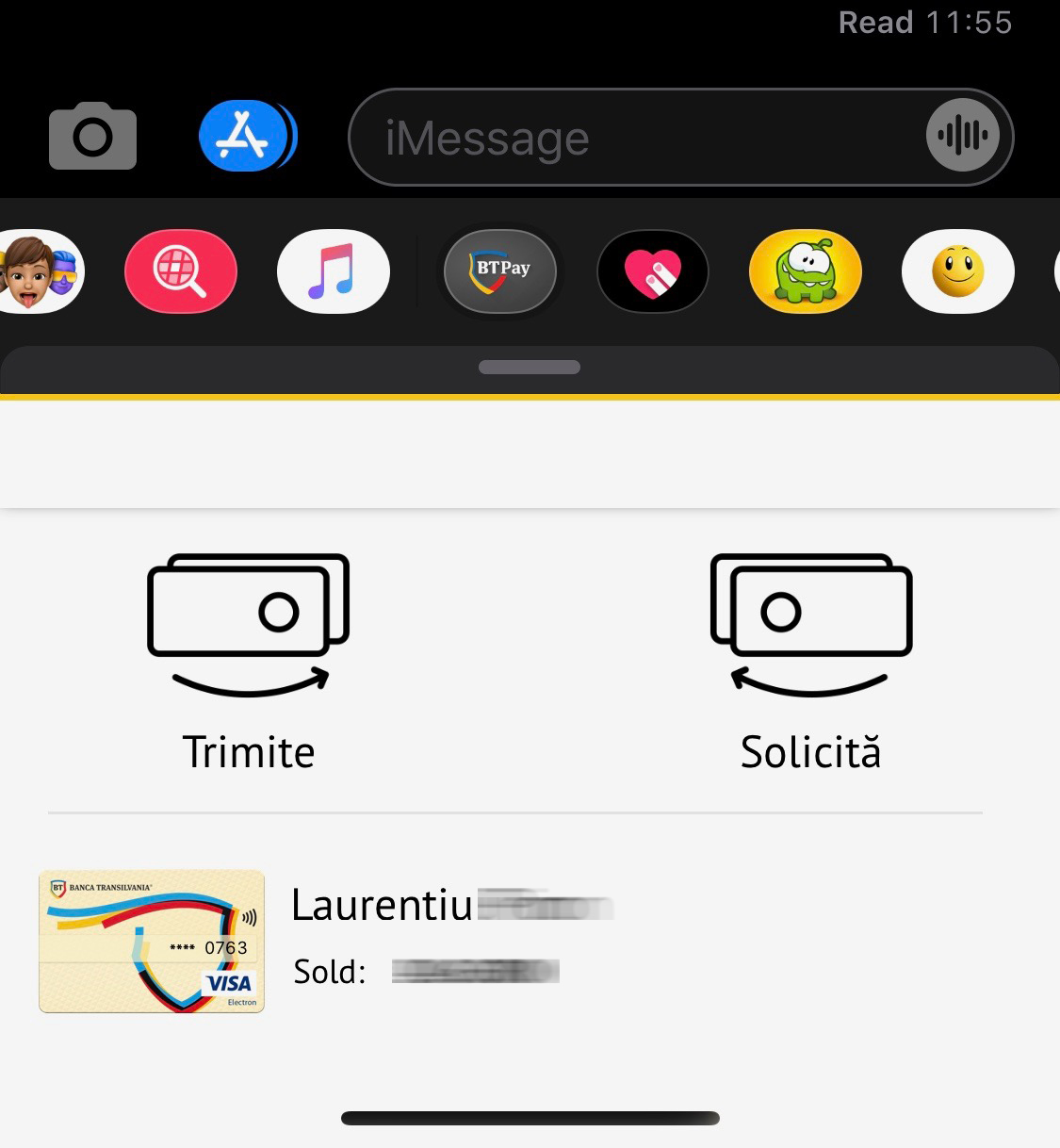 Unfortunately, these poor services are shaded at the threshold of agencies. My experiences with a few agencies of Trnasilvania Bank, are not the happiest.

Many of those who frequently use the service Western Union, they learned that most of the time "the Western application does not work","the application is blocked for a few days"- don't think about going back to the counter - or they hit one smile tamp and a categorically refuse al the counselor at the counter, when he hears that you have to withdraw currency (EUR, USD) through the service WU.

I do not know and I do not care if the banks have a win or not of the WU transactions or if the employee at the counter is punctuated for these operations. The fact is that almost every time a customer arrives at the counter and requests to raise an amount in foreign currency, the counselor tells him either that he does not have the required currency or urge him to do exchange the currency and give it the amount in LEI. Of course, at the exchange rate of the bank, which is not the most advantageous for the client.
Last month, for example, an agency from Bucharest - Margeanului, the counselor at the counter refused to do my operation, for the simple reason that I wanted the amount in foreign currency. As she was sent to me. I requested that if the amount does not exist in the agency (small amount), to make an appointment and tell me when to return. (Refusing twice to withdraw the amount exchanged in LEI, as the counselor had asked me.) A short stutter from the counselor, then: "We're sorry, but we can only give the currency to the bank's clients". After I said that I am a customer of the bank and I confirmed that I have a card at Banca Transilvania, after he asked me this, a series of incomprehensible words followed, and a: “Sorry, we can only for internal transactions… internal customers". !?!? # @?

She went on to do it feedback through the feedback system, to which I received a fairly quick response. One person apologized, accompanied by the assurance that the intention of the agency's representatives was not to cause me any inconvenience.
I say "one person" because I don't know if the apology came from a part-time employee who occasionally replies to some messages, or came from someone who represents Banca Transilvania. Although the signature of Mrs. or Miss "OS" is very pompous:Complaints Management Specialist - Contact Department Center & Customer Care", Written in small letters, in the basement, as banks like on the A4, a very interesting phrase is also written:" Acinformation is addressed only to the recipient and may not express the views of Banca Transilvania.. "
Which, of course, made me think so. The apology came from the person "OS" and not from BT. Following last month's remark, nothing has changed. The same BT agency, the same lady who holds his badge under his desk, refused to do the WU operation. This time for the reason that the application does not work. When asked if she noticed a support, the answer was simple: “I will not announce it yet".
A few more "attempts" followed by "I still try if the application works", and: "please wait for your colleague". Colleague who says: “if it does not go to you, it will not go to me either“. Deh! That's it. Nowhere where I was told the service isn't working, I didn't do anything to inform the customer. Macwould have a simple A4 sheet on which to print: “The WU service does not work". What should a customer do? To wait in vain for good minutes until he reaches the counter or to rush to the counter over other customers and ask if the service works? Yeah.
I left the agency disgusted, just like last time.
This is not a patch encountered in all BT agencies or only at BT. Not. This is a kind of cult of each bank agency and / or of every counselor at the counter. At the above-mentioned agency, the WU service has often gone smoothly and the operations have been done properly.

Solutions like BT Pay or Apple Pay are in vain when you interact with such employees at the counter and when the direct interaction with a bank from us means most of the time: long waiting time, superficiality of counselors, callousness, obscure policies si aggressive sales, six beautiful horses placed behind the cart.