Most routers currently on the market support two connection channels. You have most likely heard of the term "dual band" when looking for details about a wireless router.
The new technology allows you to connect to Two Wi-Fi tapes. The standard (old) band of 2.4GHz and tape 5GHz.
Many users are confused when it comes to choosing the Wi-Fi network to connect to. At 2.4GHz or at 5GHz. Before turning on the 5GHz band or connecting to 2.4GHz, let's see what the difference between the two types of tape is.

What is the difference between the Wi-Fi connection on 2.4GHz and the 5GHz

2.4GHz and 5GHz represents the two bands of Frequency of the wireless signal sent by a Wi-Fi router In its coverage area.
The biggest difference (but not the only) between 2.4GHz and 5GHz is the speed. Under the same conditions, a Wi-Fi signal on 2.4GHz supports speeds up to 450 Mbps or 600 Mbps, While Wi-Fi on 5GHz Bear to 1300 Mbps. The comparison is made on the same router, which has both bands. Depending on the technology and the manufacturer, the performance may vary a lot. So, in this calculation, the router standard also comes in. 802.11b, 802.11g, 802.11nor 802.11ac. For example, a connection on Frequency of 5GHz of a standard router 802.11a Will withstand a maximum speed of 54Mbps, Similar to that of a connection on The beginning of 2.4GHz of a router with the network standard 802.11g.

Connection stability between 2,4 GHz and 5 GHz

The 2,4 GHz band is not only used for routers. Fixed wireless phones, Whose receiver can be removed by the fixed module, The garage door on the remote control or Remote control systems On the short range, most use a frequency band on 2.4GHz.
Compared with the 5GHz frequency, the 2.4 it passes more easily through the thick walls Of a house or apartment through Solid materials (Furniture, doors and other objects that can Disturb a wireless signal). There is, however, the possibility Congestion and drop in connection speed, Being a frequency used by several devices.
The 5GHz band is less crowded, which will provide more stable connections, but there will be connection problems if the signal sent on this frequency will meet reinforced concrete walls or other harsh obstacles.

From this point of view, we recommend a 2.4GHz connection for apartments. If your device supports 5GHz connection and needs a large volume of data from the internet or LAN, then opt for this type of connection. For a browsing on the internet or checking an email, the use of a 5GHz frequency is not justified.

Most routers allow settings to enable or disable the 2.4GHz and 5GHz frequency bands. 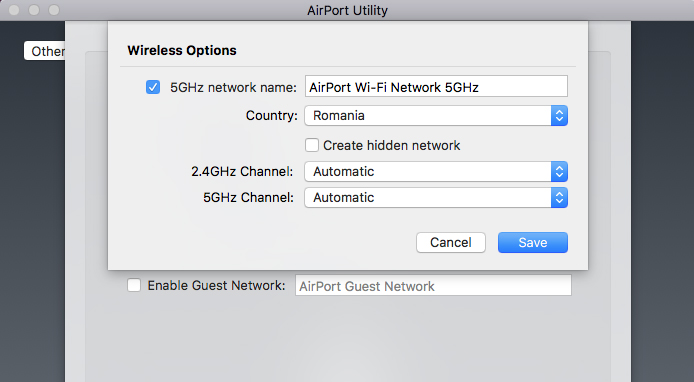 If you have multiple devices connected to a router that allows connection to 2.4 GHz and 5 GHz frequencies, you can choose to connect devices that are not interested in high bandwidth at the 2.4 GHz band and a device on you need a stable connection, make the connection on 5 GHz.

What is the difference between the Wi-Fi frequencies of 2.4GHz and 5GHz (and at which band it is recommended to connect)