It's not a joke at all. I have written in the past about so-called solutions antivirus for Windows, which instead of protecting the users, do nothing but spy on their online and offline activity, and the information obtained is used for commercial purposes.

No later than 2019, the company Kaspersky acknowledged that it injects a unique identifier into users' web browser to spy on their online activity. This is what happens for the version Kaspersky Free Antivirus. Of course, what is offered with the title "free" is never like that. Behind each "free" is injected a code that collects information about users and is used for commercial purposes by the developer. If you want, it's something like free games, in which you are invaded by ads. The major difference is that there you know well what the consequences are when you install a free game, while in the case of an antivirus you never know what information it collects from you.

By 2014, Avast assures users that it protects them against viruses, malware, spyware si adware. That's while they themselves, through Avast antivirus software and by Chrome extensions si Mozilla invaded users with adware advertisement, using data extracted from their browsing history and cookies. 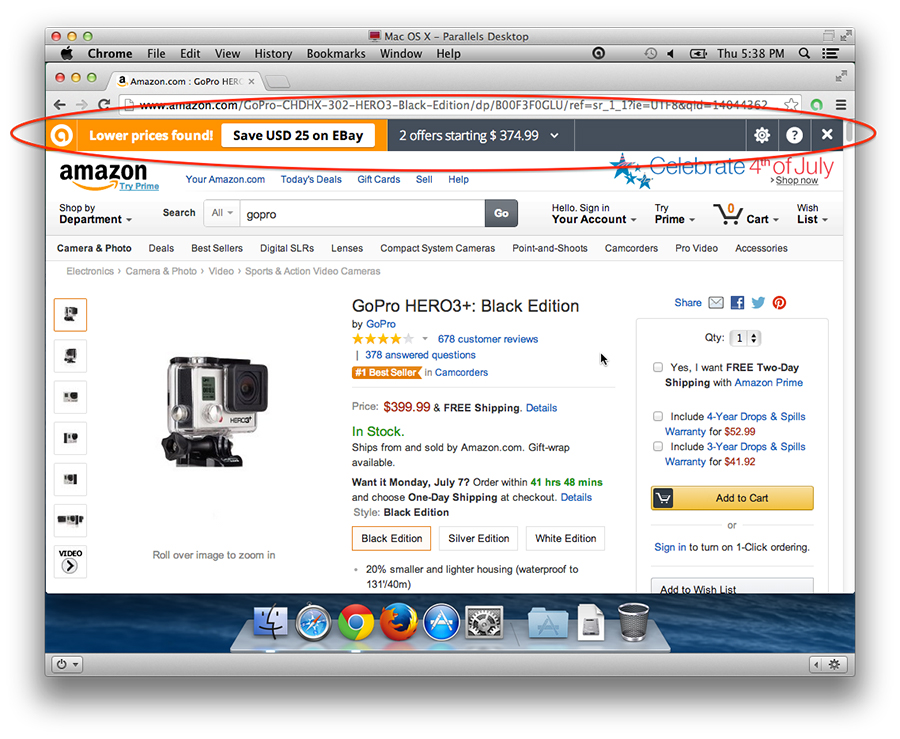 Probably for a manufacturing company antivirus software it is the simplest to spy on users. An antivirus has access to all operating system files, personal files, and through extensions Google Chrome si Mozilla Firefox, can easily track web pages accessed by the user. So did Avast through the option "SafePrice". Offer users browser ads with products from Amazon or other affiliated online stores. Of course, all this time, Avast provides "online security" for users.

Following multiple complaints, it was a time when Google and Mozilla removed the Avast extensions, until the company revised and dropped these practices.

Everything was "safe" with Avast until January 2020, when a report of a joint investigations by PCMag and Motherboard, has shown that Avast stores user browsing history si sells it to third parties for commercial purposes. After all, they also have to take money out of something when they offer a "free antivirus".
On January 30, 2020, Avast sent a statement announcing that it had terminated the contract with the Jumpshot subsidiary, which would have sold users' browsing history to third parties. They are clean, they had no knowledge about this practice, and now they have put disinfectant (or antivirus ...) on their hands, after the contract with Jumpshot ended. In fact, the Jumpshot website also suffered. "Jumpshot has ceased operations. Thank you."

How does Avast Free Antivirus work?

All users who installed this antivirus had it carefully monitored online activity. Every click made on a web page, browsing history and time spent on a page was stored below a unique ID of each user. It is true that the IP address or email address were not stored, but based on this ID, Avast could do a user analysis. The collected data was handled by a subsidiary, called Jumpshot, which later sold data collected from users Avast.

The upshot is that Avast users were urgently required to uninstall spyware and adware detected by antivirus, while their software did the same. Weird approach.

In conclusion, before installing an antivirus, you must carefully analyze the offers with low prices and free. In order for an antivirus to be able to protect your computer, it assumes that your computer will take on a fairly large range of system and personal file privileges.

Which is the safest antivirus for Windows?

The best antivirus for Windows 10, is the user. Avoid downloading "hack" applications, accessing torrents and clicking on all ads andwarning messages”Which tell you in a large and colorful font that once X software is installed on your PC it will be devirused and will turn into a rocket.
As a security measure, it is the operating system Windows 10 updated to date and Microsoft Security Essentials (Windows Defender) activated. It is an antivirus that does its job quite well and does not require installation. Microsoft has integrated it directly into Microsoft Windows 10.

What Antivirus you can install on Windows 10 without spying on you? Spyware Antivirus