Even if systems Windows have increasingly more users, a very large proportion of them still do not know the difference between a version of Windows and another, especially if it is different versions the same operating system (e.g Windows 8). For example, are users who began using computers Windows just after launch Windows 8And they have no idea if they use Windows 8, Windows 8.1 or Windows 8.1 Update. 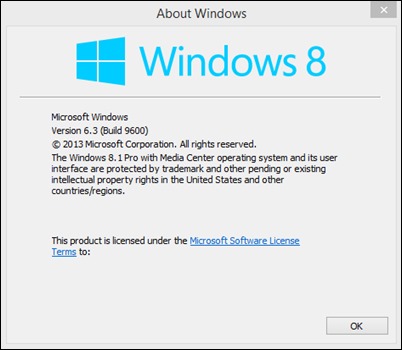 Although users Windows 8 can identify which version of the operating system been started under certain s feature available in that version (customization options or buttons Search si Power displayed on Start Screen), A surefire way to check this is: