One important feature that comes bundled Windows 8 is Windows Store site, online store applications (Similar to App Store for iOS or Google Play for AndroidS) where users can install applications directly in the operating system without the need to download before installer for them. 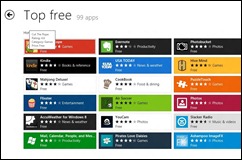 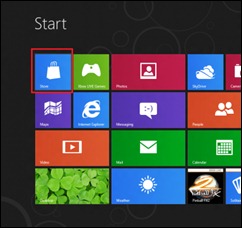 Another similarity between the applications installed in Windows Store and default applications of Windows 8, is that they (or most of them) can not be uninstalled from Control PanelAnd users Windows 8 who wish to uninstall these applications will need to use the instructions below.

How to uninstall the applications installed from Windows Store in Windows 8?

Uninstallation process of applications installed from Windows Store is a fairly simple one, but for users who have just started testing Windows 8, and who are used to the uninstall method from OS Windows previous, I can give you some headaches. 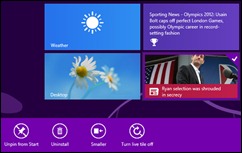 Note: It is possible that some of the default applications of Windows 8 cannot be uninstalled by following the instructions in this article. However, it is recommended to inform yourself about the importance of certain system applications before uninstalling them.