The launch of this version Windows 10 Preview was announced since the end of last year, and Cortana integration the system was also awaited by many users, but Microsoft has managed to surprise with the announcement that Windows 10 (final version) Will be freely available not only users Windows 8/8.1 (As rumored online), but for users Windows 7 (This offer is valid for one year The official release date of the system).

How we upgrade from Windows 7 or Windows 8 to Windows 10 Preview using Windows Update? 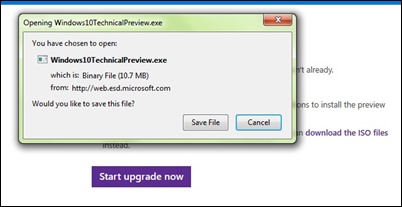 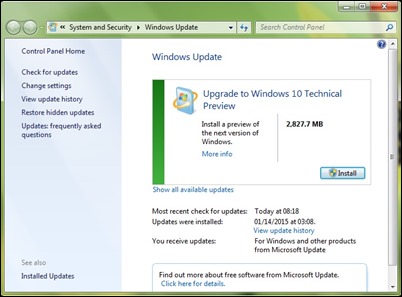 After downloading the update, installing Windows 10 Preview will follow the same process as installing after ISO image installation.

Note: Upgrade to Windows 10 Technical Preview can be removed from the system from Installed Updates (this is listed as Update for Microsoft Windows KB2990214). Also, the installing user Windows 10 Technical Preview via Windows Updates can downgrade back to the previous system, but for any eventuality it is recommended to create a backup of the system and its data before installing the respective update.

STEALTH SETTINGS - How to upgrade Windows 7 and Windows 8 / 8.1 to Windows 10 Preview your Windows Update

How can we upgrade from Windows 7 or Windows 8 / 8.1 Windows 10 Preview your Windows Update