Google Chrome is one of the most used web browsers on both operating systems Windows as well as on OS X and Linux. It is a pretty fast browser and it offers one timing complete bookmarkplants, Settings, Passwords si Extensions. All are saved in your Google Account.

Google Chrome for OS XAlthough not present in App StoreIt is installed and run by a fairly large number of users.
A strange thing is "invasion"Google after we first launched Chrome on OS X." Launchpad "automatically makes shortcuts to Google apps: Youtube, Google Drive, Google Search si gmail. I do not know exactly what the purpose of these shortcutCEs in list of installed applicationsBecause they basically do nothing to open Google Chrome.

How to delete Google apps (Youtube, Google Drive, Google Search, and Gmail) from Launchpad after installing Chrome on OS X

1. These applications are found in the Applications folder installed, "Applications", but they are not visible. To reach them, you have to go in "Finder"On"Go">"Go to Folder ...” 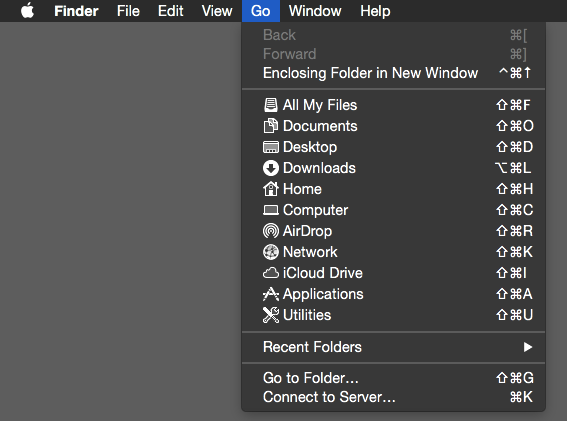 2. In the box that opens to "Go to Folder ..." we type the path in which these applications are.

3. Remove applications / shortcuts in the folder that opens. 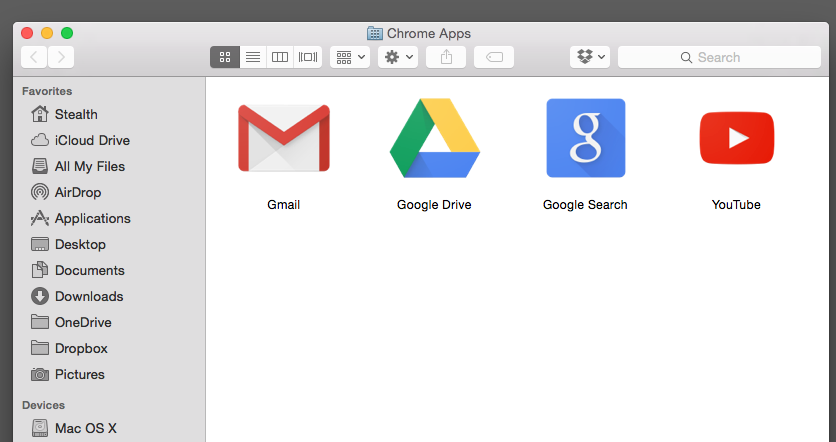 After this step, Gmail, Google Drive, Google Search and YouTube or disappear in Launchpad OS X.