Every time when Windowsul do what System updates/securityon Hard Drive are written data occupy the storage space from it. So sometimes it can happen to wake up with little free space pe system partitionWithout realizing what occupies the space.

When Windowsul installs updates or drivers the system, the old updates are stored in a folder from C: \Windows, named WinSxS. They are kept as backups the event that some files are corrupted and need a restoration their previous versions. But even so, some of these updates outdated will never be used again and occupies space that we can not afford to lose him.

Although Microsoft products they enable users to delete files folder WinSxS using Delete, They can advertisements of space occupied of these files via utility disk Cleanup.

Windows Update Cleanup is an option available in mode default in Windows 8 / 8.1 Disk Cleanup Tool detected when old updates or driver versions that are no longer needed by the system. For users Windows 7 who want to use this feature to free up disk space, Microsoft has released an update, KB2852386, Which adds Windows Update Cleanup in disk Cleanup, And can be downloaded using the following links:

How we can free up hard disk space by deleting old updates and drivers from Windows? 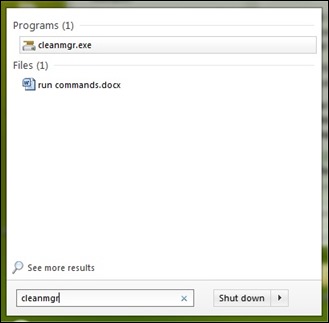 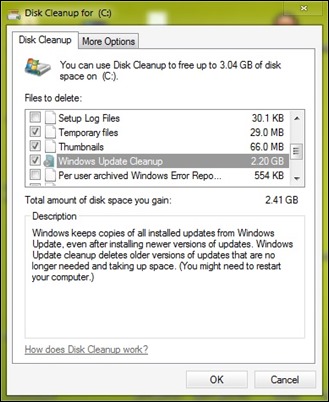 Deleting files will take several minutes, but after the process is completed, you will have at least a few MB (or even GB) extra space on hdd. Success!

Note: After installing the KB2852386 update, users Windows 7 will have to restart the system for that option Windows Update Cleanup to appear in Disk Cleanup.