I've seen that a lot of users have a problem when it comes to taking a screenshot on the screen user login. Login Screen. 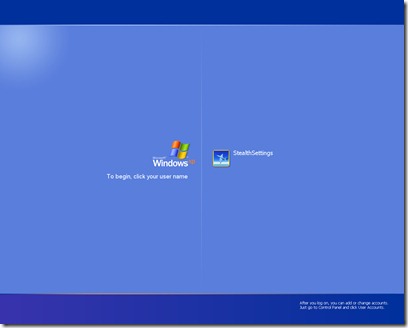 Here are two simple methods by which we can make a screenshot (an image capture) At the login screen of Windows XP.

1. The first method involves two computers. A PC is installed Radmin (Remote Administrator), And a PC will be screenshotat the login screen.
Log in via Radmin or another Remote Admin program, go to the Start Menu -> bar Log off. Press Print Screen, Open an image editor (MS Paint) and Ctrl+ V (Paste). 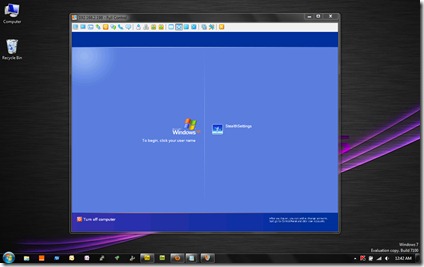 A screenshot made on Windows 7, to a login screen of Windows XP. (via Radmin).

2. The second method involves a single PC (the one on which the screenshot is taken) and is very simple. You need to follow a few steps…

- press the key Print Screen order to make image capture, and then give your kill process logonui.exe and run explorer.exe.

First image in this tutorial was made by the second method.

How to take a screenshot of the login screen / Capture Login Screen - Testat pe Windows XP.