There are situations where we need to rename more pictures, documents or other files in a folder.

Renaming a file (File Rename) Is relatively the same, both OS X and the Windows. Select File right-click on it, and the option "Rename"In Context Menu (the menu that opens on the right-click). We enter the new file name and that's all. Another variant, also valid on OS X and Windows, is to double click, at a interval of one second, on the file name to edit the name.
So far there is nothing spectacular, but things change when we need to rename hundreds of photos, documents and other files in a folder. To select them all and rename them, it would take some time. There is a solution. The solution is to rename them all at once.

How we can rename several photos, documents or other files at the same time Windows PC - How to Batch Rename Files on Windows PC

Take the scenario where we have a folder with 200-300 pictures of an event, and we want to rename them all at once, event name or any other name.

1. Open the folder with the files is to rename them.

2. Select all the pictures with the command: Ctrl + A (Select All), then press F2. After pressing F2, appears active editing field name of a picture. 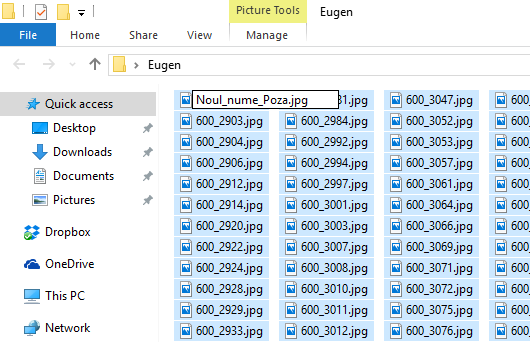 3. Introducing the new name, then press Enter. The new name will apply to all selected photos or documents in that folder.

Since it is impossible for two or more files in a folder to have the same name, will automatically add a suffix with serial number.
This is the easiest way to rename multiple photos, documents or other files in a folder at once Windows PC.

1. We have to rename all the pictures in a folder. First of all, just like you Windows we have to select all the files in that folder. Command + A (Select All Files).

2. Trackapd or right-click the mouse, and observe that context menu option to rename all selected files.

3. After we click on rename optionThis will open a menu (Rename Finder Items) in which we have more renaming options the selected files.

add Text - Option to add characters before or after existing names (Where: before name / after name)
Replace Text - We can replace common words in filenamesWith another word or words.
Format - This option gives us several options to rename the selected files. We can choose to include in the new name the date on which it was renamed (Name and Date), numbering with added name (Name and Counter) or Name and Index, And we used option in the example above.

4. Choose the new name for the files and the version of rename that we want to use, then click on the "Rename" button. 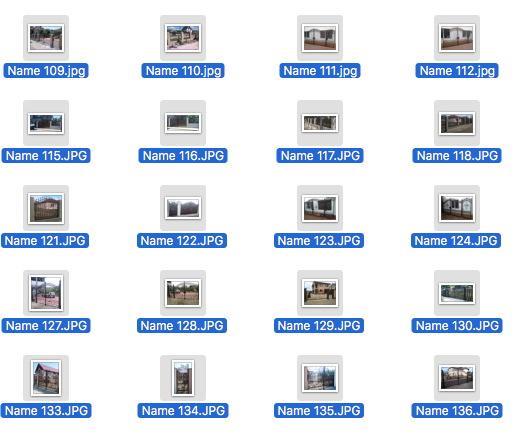 The selected file names will change immediately after renaming rules established by us. This is the simplest method to simultaneously rename more files on Mac OS X.