Yesterday Apple The update released iOS 7.1, Less than 6 months after the launch mobile operating system design completely changed the face of its predecessors, iOS 7. This is the most significant software update received iOS 7 until now, and comes with New Sites feature and some subtle changes of the interface, and the fixes certain system bugs And with improved performance. 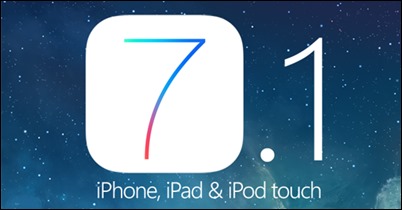 If you have not yet received update alert pe iOS devices provided (they must support operating system iOS 7 to be compatible with the new update) or you prefer to be informed about it before installing it, you should know that iOS 7.1 include Multiple tweaks for UISuch as new design for keys Shift si Caps Lock or new icons for applications Tel, FaceTime si Messages, And changes in appearance Phone App and in shutdown screen. In addition, the update comes with a new manual, Improved to SiriBut also enables users to control while Siri should listen to their commands (now users have to keep pressed Home button to allow the system to listen to orders and previous versions, where Siri automatically detect when the user finishes speaking, often resulting in misinterpretation of orders, users decide when Siri cease to obey orders, Releasing the Home button).

What are the most important feature included in iOS new sites 7.1?

Also, iOS 7.1 bring improvements in terms performance si system responsiveness for users of devices iPhone 4. For those interested in receiving information about the new update for iOS 7 from the source, Apple launched a website dedicated itsWhere users can read about feature key sites si improvements included in iOS 7.1 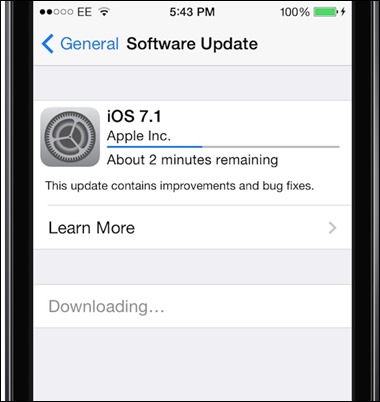 7.1 iOS comes bundled with us Links feature and performance enhancements