At the Mac's future operating system presentation event, macos catalina, Apple brought to the fore the increase of security.
macOS Catalina will be the first operating system of Apple which will have its own volume for system files, and it will be "read-only". This change will definitely improve security.

We have tested the future operating system with an upgrade from MacOS Mojave to macOS Catalina Public Beta, and the first thing that attracted our attention was the presence of two separate volumes (virtual partitions on SSD) instead of one. A volume dedicated to the operating system (macOS) and one for the user data (macOS data). 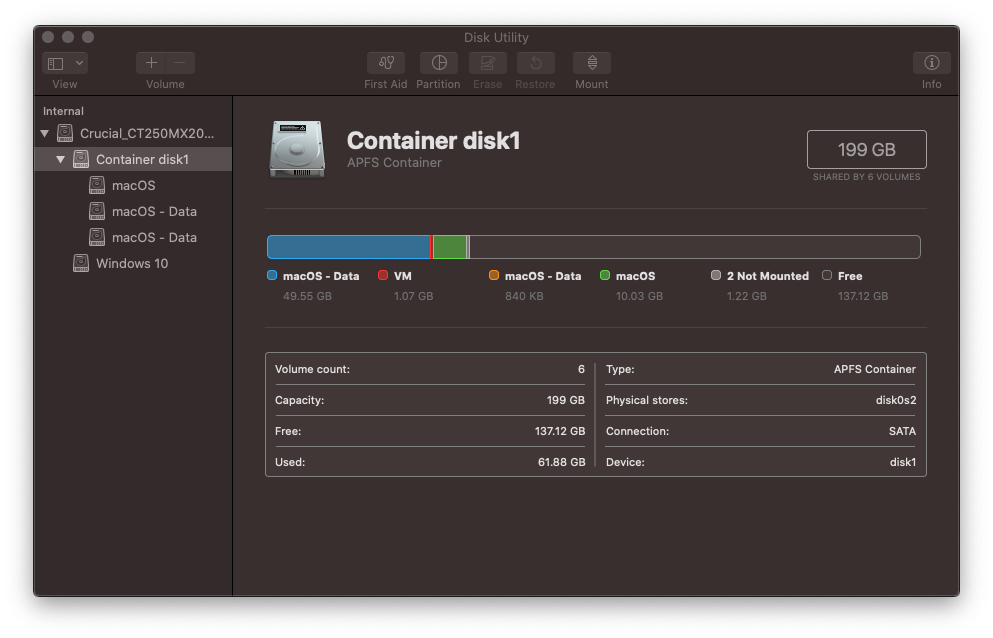 If it bothers you that you see two or three drives instead of one, you should know that they all belong to the same "containter disk", And the free space on your hard disk is not affected by this change. Basically, the volume dedicated to the operating system is the same as that of the data container, only that the layout only allows reading files. Modifying and writing system files from the outside is blocked.

Going back for a while, we see that Apple they repeatedly had a fork with vulnerabilities of MacOS systems. Even though many of the vulnerabilities have not been exploited by malicious people, the American company has been trying to innovate on the security side. So with the launch of macOS El Capitan, Apple introduced "Integrity Protection System (SIP)". A designed technology not allow modification of system files and folders.
SIP limits the user's access to the "root" system, thus preventing the integrity of macOS. Despite these security improvements, methods have been found to circumvent SIP protection and install malicious applications that overwrite and modify system files.
With the transition to macOS Catalina, Apple move the operating system to its own volume and develop a new type of symbolic bidirectional link, named firmlink, managing to make two volumes to integrate and work as one.

macOS Catalina is currently only available in Beta for subscribers from Apple Beta Software Program, following the launch of this year's final version, available for free to all users.