Apple recently introduced its new operating systems for all iDevices of the company. iOS 10, MacOS Sierra, Watch 3 si tvOS (10?), They have already been launched in Beta 1, to be available in the final version this fall. As he used to Apple In recent years, with the launch of a new iPhone device, a new version of OS will be launched. This year, it's the turn of the iPhone 7 range. Smartphones that will run the new iOS 10.
A major innovation and change is the new operating system for laptops and computers Apple. New operating system for MacBook Pro, MacBook Air, MacBook, iMac, Mac Pro si Mac Mini, it will be called MacOS Sierra. He will not have the famous "OS X" anymore. So, "macOS" will replace "OS X" with the launch of the new OS version.
Giving the name "OS X"Conjures as Apple is preparing to transition from 10 major version (Which gave "X"CPC - 10 novel) version 11, operating systems.

MacOS Sierra It is available from download and install in Beta 1For developers. Enrollment in the program Apple Developers It costs $ 99 year.

Siri will be implemented iMac and MacBook

Launched in October 2016 (iOS 6) for mobile devices (iPhone, iPad, iPod), Siri will be available from the fall of 2016 and on computers and MacBooks Apple.
Siri further updates will keep you on top MacOS Sierra. Deploying Siri on all Mac devices allows you to control and request voice information. In other words, we'll talk to the Mac, and he'll answer us and provide us with the vocal information. From Google searches to weather, messaging and mail search, file search by required criteria, storage information available on Mac, and other information, you may be prompted by voice command to Siri.

"Siri makes its debut on Mac, with new capabilities designed just for the desktop. And that's not the only way your Mac is smarter. macOS Sierra helps you rediscover your best photos, shop more securely online, and work more seamlessly between devices. It can also help free up valuable storage space. Now your Mac does even more for you, so you can do more with your Mac.” 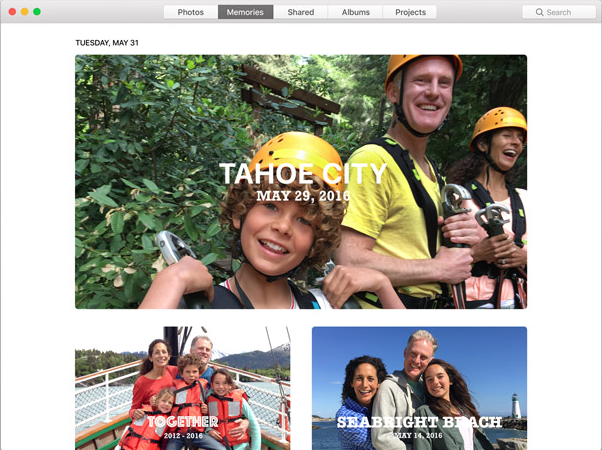 MacOS Sierra, will bring new iCloud features and a new file management system. Important folders of the operating system, Documents si Desktop will be iCloud sync in can be accessed from all the devices we have connected Apple IDCPC.
To maintain more free space on your hard for the new files, MacOS Sierra will put us in iCloud folders and files that are accessed frequently not. They can be accessed anytime when we need them. In addition, it is easier to identify unneeded file and delete it.
In our opinion, this is more important than implementing Siri feature in MacOS.

"Storage space maxed out? No problem. macOS Sierra can help make more room by automatically storing rarely used files in the cloud and keeping them available on demand. It can also help you find and remove old files you no longer use. So there's always room on your Mac for new files and the ones you've used most recently.”

1 is currently in Beta, it is likely that the MacOS Sierra turning up and other news. Stay tuned for updates. :)

macOS Sierra - The new operating system Apple, will no longer be OS X