Microsoft wants to beat the record of hits per page. Of course, there is the page site microsoft.com which the first version (Beta) of the future operating system was officially announced, Windows 7. Moreover, Microsoft has announced that this version will be Download Free on website technet.microsoft.com (Although a beta version 7's gave around the Internet in recent months, via torrents), On January 9 2009 (Ie today).

Want to try the Beta? Come back the afternoon of January 9. And remember, this is just a preview. There's more to come. 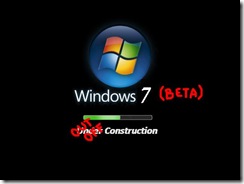 However, there is a limit downloadWhich allows only first 2,5 million curious to obtain code for download the beta version and in order to obtain the code, Microsoft also less difficult situation, asking first completing a registration form. The battle will be on "life and death", given that everyone is at least 300 million users operating systems Windows. In addition to this, it seems that there are a few "small" ... let's just say Conditions (Although it is likely to be just rumors) of Beta Win7 1:

Beta-version will come as an upgrade of Windows Vista SP1. Can not upgrade on a system that uses Windows XP. So, if you do not use Windows Vista, you may download the Win7 Beta version for free.

-This version has a expiry limit: August 1 2009. Starting with that date, you may need to return to Windows Vista SP1, in case Microsoft will not upgrade to one Beta 2.

-It is a version BETA (!), Install it requires first a backup system you (and this is a certainty!)

But Windows 7 Beta can mean, for those who can support the upgrade, and a prelude to what will be Windows 7 final. Microsoft has announced that this operating system was developed based on feedbacks received from users Windows from all over the world, and that he would have some qualities Unnoticed difficult:

A shorter response time operating system, a performance improvement its

-New options for faster access to files; Can preview for these

-More themes, screensavers and options they offered bundled with the operating system 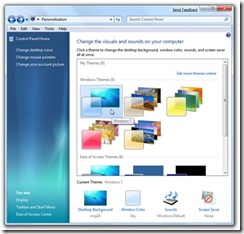 -Whether to limit, or even cancel, the wave of alerts and messages of Microsoft (causing more nerves than the error itself)

More features Windows 7 you can find the official website of Microsoft. Until one another, remains to be seen what this will mean for Beta users, especially if the rumors revolve around her are real or just ... rumors. 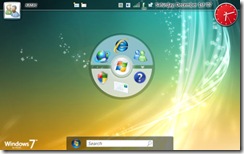 And another thing: if you're not among the lucky 2,5 million, then that will be part of the remaining ~ 297,5 million (Also lucky) that will download (if they wish) official beta version from one of the many torrent sites. ;)

LA. The first error of the operating system Windows 7,

reserved of the two categories fortunate. :)