The new internet browser Microsoft Edge It was the most pleasant surprise of the last operating system released by Microsoft for PC Windows 10.
Microsoft Edge is a browser capable of providing a new user experience when it comes to Web browsing pe Windows 10. With a load speed very good compared to the internet Explorer, maximum compatibility with new web trends HTML5 / CSS3, Enhanced security by eliminating suportilui applications and lines vulnerable code and a totally new design, Edge has become a favorite of many users. However, Microsoft Edge it has some shortcomings that still keep it inferior to its great rivals, Google Chrome si Mozilla Firefox.

Microsoft's biggest downside Edge at the moment there is no extension (extensions). Chrome and Firefox users are using add-ons si extensions various additional options for the basic browser.

It seems that Microsoft wanted to include Microsoft Edge Extensions in UpdateCPC Windows 10 1511 versionBut due to technical problems the company decided to postpone the launch of extensions support for the first half of 2016.

Twitter user WalkingCat found an official page hosted on Microsoft servers, which featured several extensions for Microsoft Edge, but also the send button to an area a Windows Store, dedicated to Microsoft Edge Extensions. An extension installation category / application like Google made for Chrome. Shortly after this "discovery", Microsoft closed that page, but some screenshots appeared on the Internet that clearly show some of the future extensions of Edge. First Edge Extensions It seems to be to Reddit and PinterestAs shown below suggests. 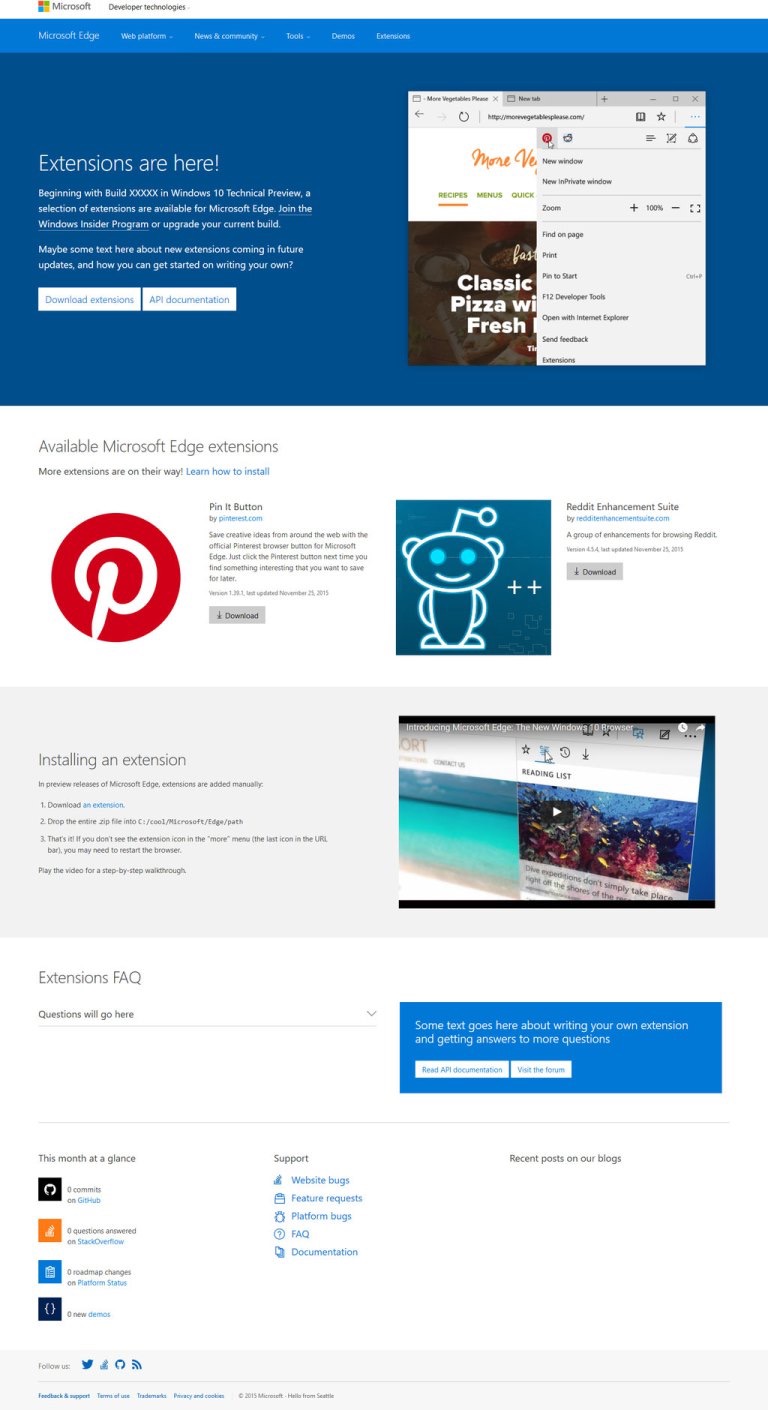 It remains to wait and see what version of Windows 10 will be launched Microsoft Edge Extensions.