... Or rather something from everyone. A valve a car Ferrari @ formula 1 and a phone NOKIA ... at a special price. NOKIA and Ferrari have launched a phone (Vertu Ascent Ferrari) Only 18.000 € , Inspired by the design of the sports car produced by Ferrari. Housing titanium screws similar to those used by Ferrari cars and upholstery de on the back of the phone, identical to the car seat.
The phone can be purchased from Vertu stores in London and Paris. 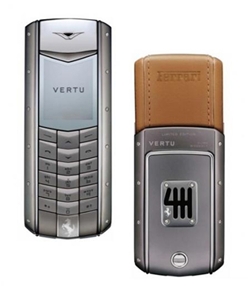