This summer Microsoft will leave next important update of Windows 10. "Anniversary Update"Will include many new items si UpdateVitae of some system applications and options already existing on Windows 10.

Certainly the most consistent update of Windows 10 Anniversary Update, Will receive Cortana. Microsoft continues to expand Cortana capabilities and to make him a competitor in a market that is in full swing and where the main competitors are Siri (Apple), Google Now (Google) Alexa.
Cortana will be available including on the lock screen of Windows 10 (Lock screen) astefel that the user can ask them useful information without the need to authenticate with username and password on Windows 10. Another novelty that will be present on the new Cortana, is the ability to send and retrieve notifications and text messages from the mobile phone. A very good thing, because so far only on devices Apple this could be done. This ability of Cortana will be so for Windows Phone as well as for Android. So you will not need to have a Windows Tel to receive notifications and text messages (SMS) from the mobile phone on Windows 10.
Cortana will become a good manager for calendar and tasks. With the new capabilities you can ask Cortez "what worked last night in Excel?", e.g. Or when we receive an email with a task, it will be added directly into the calendar with a date set by the user. If that date will overlap with another task, Cortana will ask the user if he wants reprogramming.
With these updates, Microsoft wants to bring users closer to Cortana. Including with those who have not used the service before. 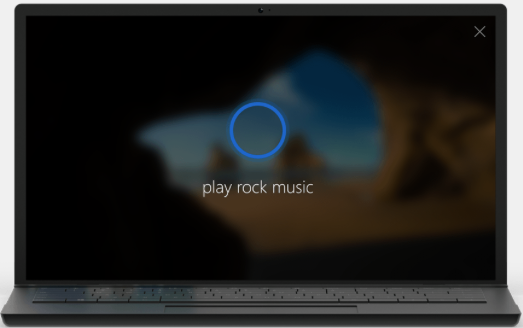 Interaction and synchronization between Windows 10 and Android or Windows Tel

This capability has not yet been completed in the beta preview version (Insider Preview) of the new one Windows 10, but Microsoft has announced that the new Cortana Windows 10 will integrate and sync with the Cortanta application present on Android and Windows Phone. The disadvantaged will be the owners of iPhone. Apple has not allowed Microsoft to develop and offer Cortana app for iOS devices. Of course, there will be a large number of discontented. users Mac OS X They are in small numbers (at least in Romania) and iPhone owners who have a PC / laptop at home or office Windows 10, there are many.
The new Cortanta will be able to send all notifications from your Android mobile phone or Windows Phone on Windows 10, text messages and information about battery status mobile device. For example, if we have a Samsung smartphone synced to Windows 10 through Cortanta, on Windows a message will be displayed warning if the smartphone battery has a low energy level. Over time we are sure that more synchronization capabilities will be added between mobile devices and Windows 10.
And this is not all. For Microsoft to show that it can copy even more the model Apple, On Windows 10 it will be possible to read and send text messages (SMS) via smartphone.

Important updates come from the recommended minimum resources and screen resolutions. The new Windows 10 Mobile OEM can be installed on devices with screens inch to 8.99. Currently, the largest screen that runs Window 10 Mobile, being 7.99 inch. How to Windows 10 Mobile will increase the maximum display size allowed for Windows 10 alternative Desktop, it will decrease. Such as Windows 10 Desktop it can also be installed on devices with smaller displays. Windows 10 it can also be installed on netbooks with diaplays smaller than 7 inches.
As for the minimum RAM for installation Windows 10, and significant changes will occur here. Currently a minimum of 2GB of RAM is required, but it is very possible to allow even less for system installation Windows 10.

soon we will have more details with the new options, applications and changes brought by Windows 10 Anniversary Update.