Orange put the final touches to take over UPC. This was made public Sitra online DealWatch Without being confirmed so far by Orange (local division France Telecom) And / or UPC (local division Liberty Global).

"It was already an agreement between Orange and Liberty Global's UPC Romania in terms of sales," said a source in London.

If this piece of news will become real for Vodafone, Frankly days come ... with a lot of paper Hygienic. :))

More details can be found on bizcity.ro si mobilissimo.ro (Where I stole the picture below: D 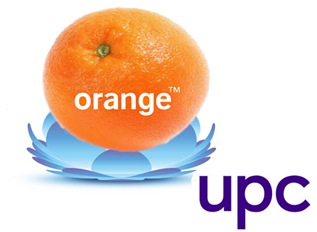