Firefox Quantum represents 'rebirth' for Mozilla Firefox, which in recent years has lost a lot of popularity in favor Google Chrome and even a Microsoft Edge, after it was released with Windows 10.

The new Firefox Quantum brings a different experience than previous versions, and for the first time in recent years, it tends to overcome speed and by modern interface, Google Chrome. It becomes a good alternative for those who want to try it and give up Chrome.

Firefox Quantum has brought many news, including the "read-it-later", Pocket. A "pocket" library where users can save articles, video or web pages, which can later be accessed on Android or iOS via the Pocket app. At the same time, articles of user interest are also received.

However, if this service is not useful and you no longer want it to be present in Firefox Quantum, you can remove it partially or totally.

By just two clicks we can get rid of the Pocket button in the address bar, but this service will remain activated in Firefox Quantum.
Right click the "Pocket"→ click"Remove from Address Bar"

To completely remove the Pocket Service from Firefox, we need to go to the "about: config" page. Tastam in address bar "about: config"And press the key Enter.
We are warned that we are entering an area for sensitive Firefox settings, and the changes here are at our own risk. Click "I accept the risk" 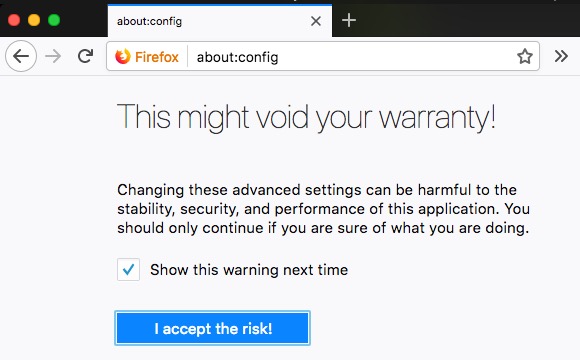 In the page that opens, we are exposed list of services / Preferences Firefox Quantum and everyone's status. We use the search bar at the top and type "pocket". In the preference list containing the word "pocket", we identify "extensions.pocket.enabled"And we do double-click on him to change his value in "true"In"false" 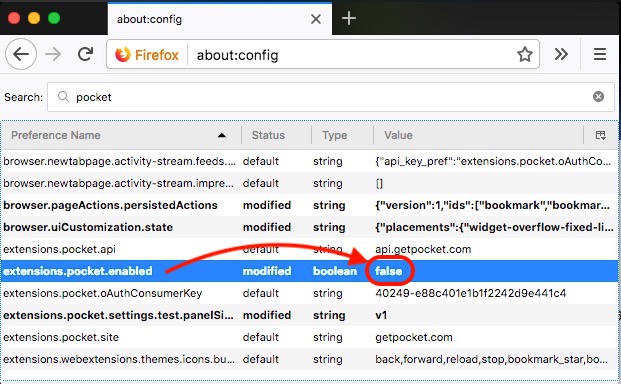 The Pocket extension has been disabled altogether, and if you want to turn it back in the future, redo the steps above to change the "false" to "true".

Firefox Quantum is available for macOS, Windows and Linux.

Remove "Save to Pocket" in Firefox Quantum