We met these days ciudatetine to Stealth Settings. I did not have much to whack all databaseBecause of strange characters â € si Â, appeared overnight in most posts. I thought it was a sql error.
I did not realize which characters were "digested", but it was certain that something did not work properly. Neither Google has been in vain. Within two days, these awesome wonders appeared in the search engine. 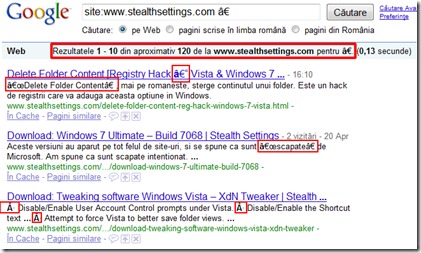 The problem is quite stressful, but it can be easily solved.
In file config the WordPress wp-config.php, replace lines :

"/ /" Cancel the line. Bineintels, the same effect would be even if you delete all the lines.
After you make the above changes and save the file wp-config.php, everything returns to normal.