~ 10 days ago, I was asked to buy your spot wireless router. Live at home and have a desktop + laptop. Always walk my laptop cable net through all the rooms, not very fun. Wireless routers are plenty of options but to face over a distance of ~ 15m via 3 walls ... it's a little complicated. Initially I wanted to buy WRT54GL (Linksys). A router pretty good as far as people talking about it on forums, but someone whispered to me that is an ideal router for the apartment / room (via Sleepy). WRT54GL she failed + as there was little option to buy it, but by order online or go to Bucharest. In Buzau, there are stores that sell Linksys. Moment.

After I explained to a Flanco employee that I needed a 15m wireless router and face 2-3 walls, I recommended a SMC router (SMCWBR14-N2). Well, I bought it and say that this router is all the money (~ £ 250). Easy to set up, great coverage and good security. Ideal for those who stay at home or to a company-2 3 offices. Two rooms away from where it is installed, I 3-4 wireless signal lines (the maximum 5) and quickly became friends with RDS-Infonet (Buzau): D. 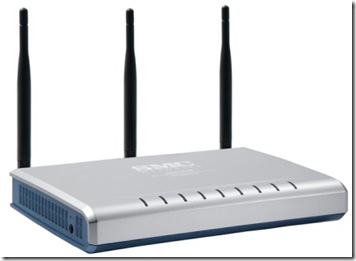