For many this warning might seem like a joke, and a bad one yet over. Given that Windows 8.1 was released not even a year ago (October 17 2013) And Microsoft announced that support for Windows 8 ends only in 2018 (And extended support in 2023), closing the support for Windows 8.1 in May 2014 (Ie in a few days) it seems inconceivable. But unfortunately (at least for the part of users) is true.

Although end support for Windows 8.1 not announce official, Microsoft hurry users of operating system install Windows 8.1 Update to the first Patch Tuesday from MayCurrent year, announcing that after this date, those who have not yet installed that update, will not receive system updatesincluding Security updates, They are considered not applicable. 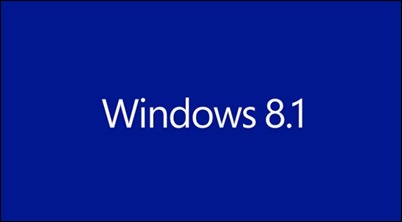 Starting patch Tuesday in May 2014 and beyond, if this Windows 8.1 Update is not installed on your computer, all future Windows Updates, including the Security patches will be considered as not being applicable to your system and NOT be offered to your computer.

Windows 8.1 Update comes with a number of November Feature Links si system changes, And the vast majority of users have already installed this update to take advantage of them. But there are also users who Install the update was so far unrealized, even if Microsoft made changes both in the update package (KB2919355) And in customer Windows Update to solve the problem. Conclusion support Windows 8.1 in May 2014 will mean that users could not install Windows 8.1 Update due errors not related to them will remain with vulnerable systems because they will not receive any Update Windows (Whether they are critical or not).

Note: Users Windows 8 who did not upgrade to Windows 8.1 will still receive system and security updates, even if they have not been installed Windows 8.1 update.