At the end of last week, the rumors said Microsoft will launch soon Surface tablet accessible. This was one of those details that come true soon, Microsoft announcing today Surface 3A version cheaper and more compact top model Surface Pro 3. At first glance, Microsoft Surface 3 It seems just a reduced version of the chief Surface Pro 3. The tablet offers regular angular casing made of magnesium alloy and a screen with the same aspect ratio atypical 3: 2. In addition, accessories are similar, but beyond this already known, Surface 3 It is a different product. 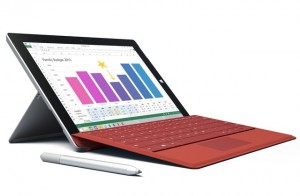 The tablet uses a IPS diagonal 10,8 "x 1920 and 1280 pixels resolution. The same as Surface Pro 3, Surface 3 will provide a tactile surface that is compatible with a capacitive stylus that gives 256 levels of pressure.

The hardware platform is built around a Intel Atom x7 (Former Cherry Trail) Which operates at a frequency of 1,6 GHz, which is supported by a battery that promises a range of 10 hours. Being a processor x86It is obvious that 3 Surface will use the operating system Windows 8.1. 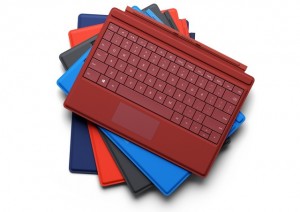 The list of technical specifications includes two 8 and 3,5 MP sensors, a wireless interface, a wireless USB port 3.0 standard, a Mini Display Port connector and a MicroSD slot. The tablet is loaded with a connector micro USBBut universal compatibility claimed by Microsoft may be more limited in reality because 3 Surface requires a charger with power 13W.

The tablet has 8,7 mm thick, weighing 622 grams and includes a support, which now offers only three positions for guidance. List of accessories includes, at this time, Removable Keyboard Cover Type (129 dollars), a stylus capable of highlighting the pressure-sensitive display (49 dollars) and a docking station with four USB ports and Gigabit Ethernet (199 dollars).

Surface 3 will be available starting on April 5, local availability is currently unknown.