Yes. I beat laziness and I moved to another server. I was pleased BluehostIf you do not make updates to PHPWithout notify customers and if the CPU limit was slightly higher.
How the idea of Hosting in Romania `I excluded it from the first, because services very poor quality and insufficient banda limit in webhosting packages from us, stealthsettings.com remained in USA @ VPS :) 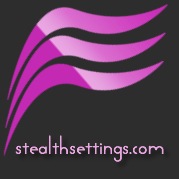