Although they speculate that Windows 8 will be officially launched in May October this year, we still do not know for sure who was intent Microsoft. 2 days ago but was light and in this regard, given that Steven Sinofsky, President of Division Windows si Windows Live, Announced the Microsoft's annual sales meeting (Microsoft's Annual Sales Meeting) That users can buy the new operating system Windows 8 starting with October 26 2012. 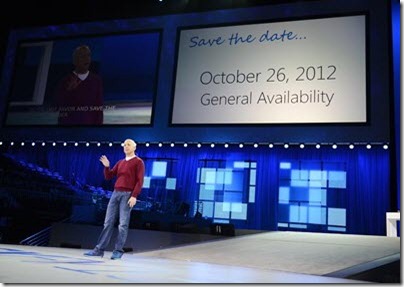 So, remember Speedlites date if you intend to go to Windows 8, And especially note Microsoft promotions regarding upgrade online to the operating system from Windowx XP, Windows Vista si Windows 7 (Offer is valid until January 31 2013).

STEALTH SETTINGS - Windows 8 will be released on 26 October 2012