With the launch macOS Catalina, besides the many novelties and features, Apple introduced and zsh (Z shell) in place Bash (Bourne-again shell). Users familiar with Bash scripts and interactive command lines from Port, they quickly noticed this change. In the Terminal it is suggested to execute a command line to do this the transition from Bash to Zsh.

Used since 16 years ago, since the time of OS X 10.2 Jaguar, Bash has been used as the main developer shell for scripts and command lines to the base of the system macBONE.

Why the transition from Bash to Zsh was made

In simple terms, it would be about the restrictions imposed by distribution license (GNU) for the use of Bash.
Bash is in the process of development, reached the 5.0 version. Final version released at the beginning of January 2019. However, Apple used until MacOS Mojave (released in the fall of 2018) an outdated version. It was preferred Bash NOTHING, a version of 2007. Newer versions of Bash have been released under license GNU General Public License modified (GPLv3), which requires some restrictions and clauses for software providers.

For users, switching from Bash to Zsh should be a joy. Especially for those who use Terminal frequently. zsh (Z shell) is based on the same language as Bash, but it brings interesting features. Intuitive command lines, PluginATVs and themes graphics.
Besides the Bash commands, in Zsh there are many other specific commands, and many can be configured by the user to perform some operations. Alias.

Oh-My-zsh is the most popular framework for Zsh, being delivered with many PluginATVs and themes included. Easy to install, configure and customize.

How to install Oh-My-Zsh for Zsh on macOS

Execute the command line in the Terminal:

After installing oh-my-zsh you have a generous library plugins if themes. In addition, there are many configuration and customization options depending on your preferences. All the details find here. 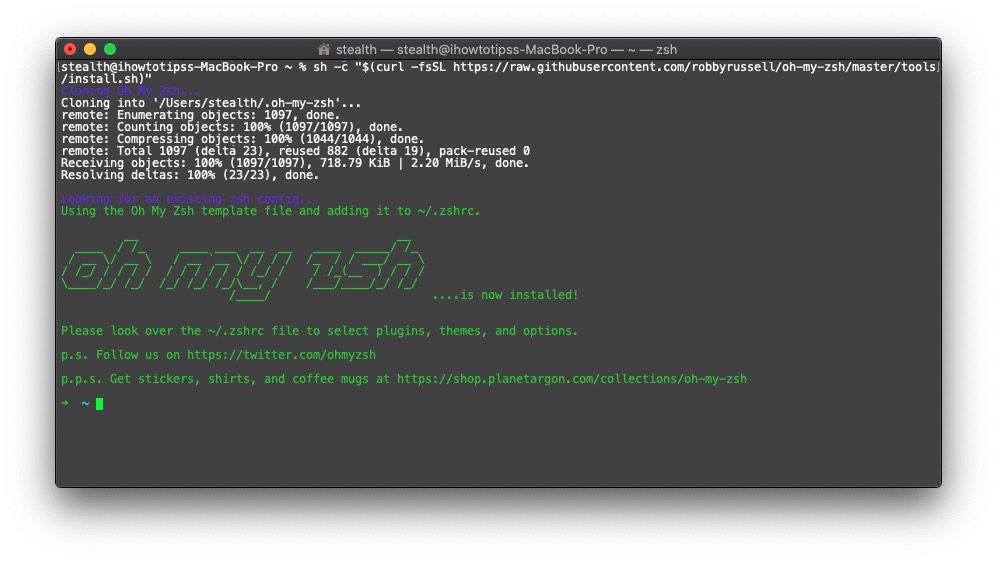 How we change default shell in macOS Catalina

If you are not satisfied with zsh, you can always return to Bash in macOS Catalina. However, keep in mind that it is a rudimentary version of Bash, from 2007.

Execute the command line in the Terminal to return to Bash:

Zsh Vs. Bash in macOS Catalina