OS Windows have the highest coverage on computers worldwide. And they also have the biggest "coverage" when it comes to headaches caused to users.

Compared to macOS, operating system that works only on Mac or MacBook, Windows works on PCs and laptops produced by different companies. From DELL, ASUS, Lenovo and even brands and models that have not heard more than two people, you can install a version of all Windows.
So, we have to deal with various hardware on which the same operating system is installed. From here most of the functionality problems and critical errors appear on Windows.

The biggest problems Windows are the ones that end with BSOD (Blue Screen of Death) and the user inexperienced he does not know what to do to solve the problem.

Today we will focus on the blue screen error: "DRIVER_IRQL_NOT_LESS_OR_EQUAL". 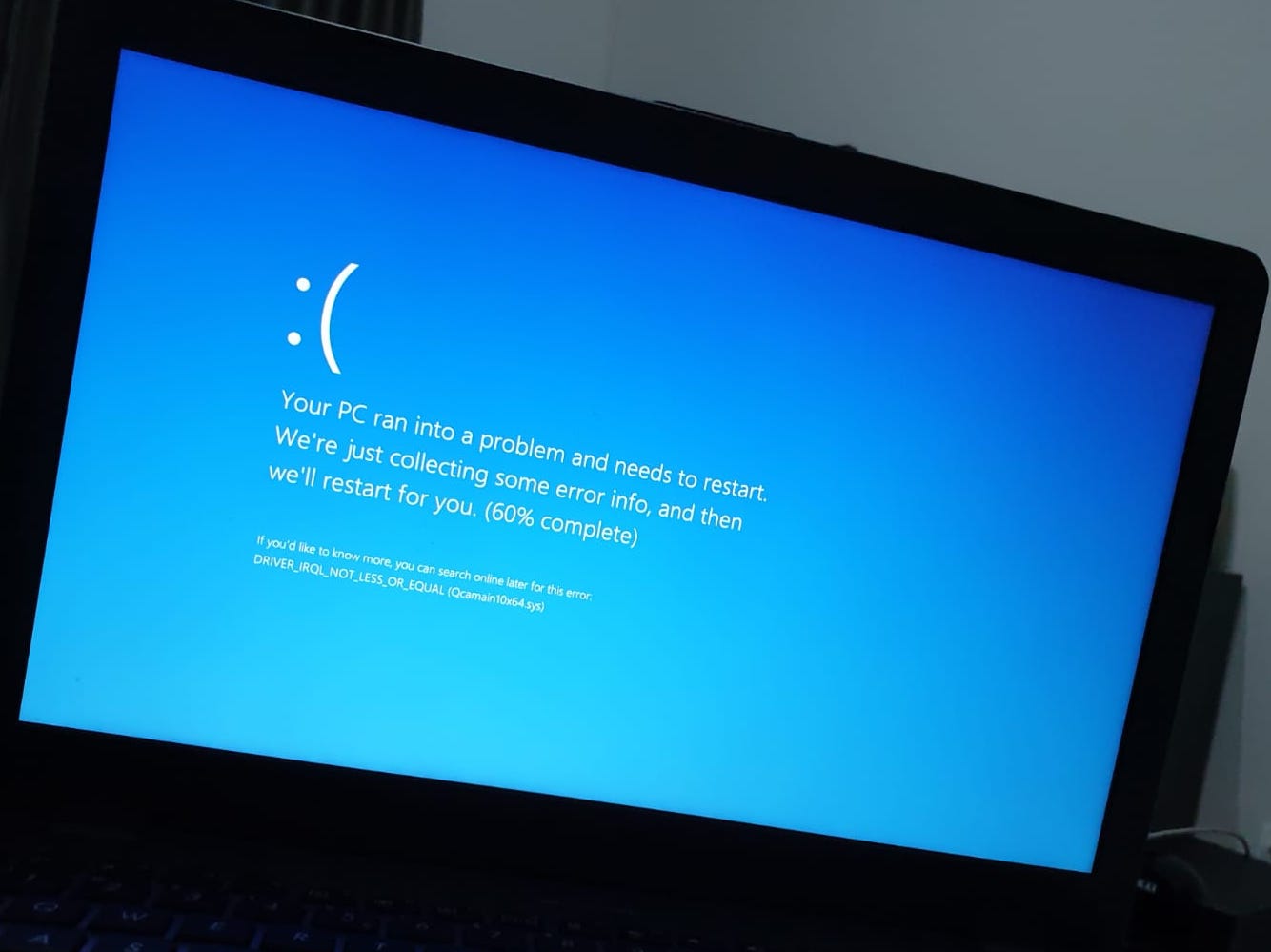 As we can guess from the general error code, "DRIVER_IRQL_NOT_LESS_OR_EQUAL”Or refers to driver problems.

Most of the time, for each sound card model, there is a dedicated driver available from the manufacturer.
It's just an example. Of drivers they also need: network card, Bluetooth, wireless card, mouse, keyboard, monitor and more.

To create an even better environment for errors of the diver, on Windows we also have many scenarios in which the use of a hardware device is possible only with several drivers in the "cascade". 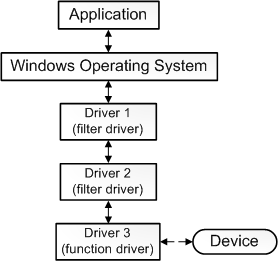 Returning to our subject, "DRIVER_IRQL_NOT_LESS_OR_EQUAL”Is given exactly by a driver that is not working properly. The operating system remains locked with various versions of "Blue Screen":

The problem may appear "suddenly" following an update Windows 10, when the wireless network card becomes active. That is, after you have connected your laptop or PC to a wireless network.

Qcamain10x64.sys is a file that keeps the Qualcomm Atheros Driver, responding directly to wireless LAN connections.
There are scenarios in which after an update of Windows 10, this driver to have less happy interactions with other dirvere and system components of Windows 10, leading to the collapse of the operating system.

Solving can be done in two variants. The simplest is in the scenario where the operating system starts up.

2. Click on "Device Manager"- You can find the option in the bar on the left, under:"computer Management”→“System Tools". 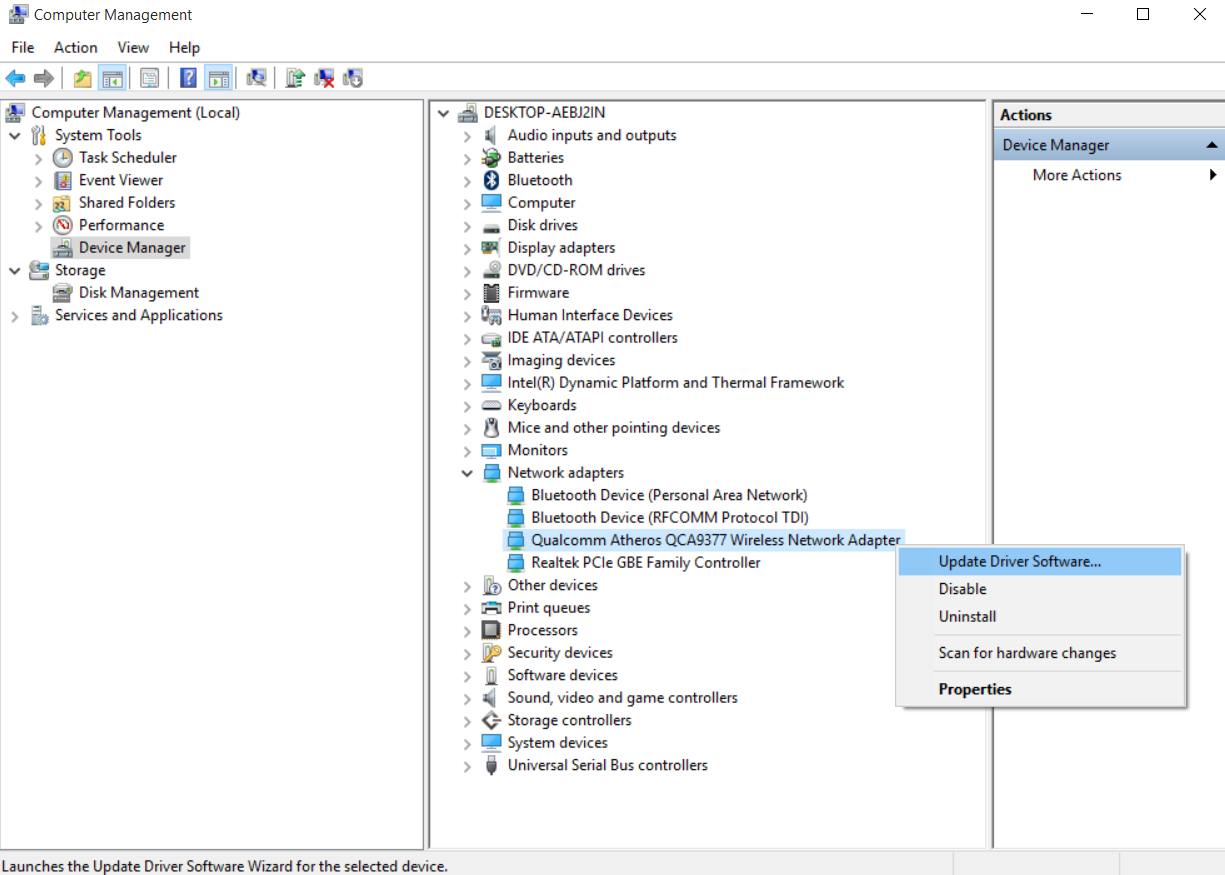 In the next step you have two options where you can update / change the driver. Either use automatic search in which Microsoft will look for and install the latest driver version for your device, or look in your computer or a compatible CD / USB driver.

After installing the new version, it is not necessary to restart the operating system. Everything should work normally.

Ideally, you should have a CD with the original drivers dedicated to the operating system Windows 10. If you bought a PC or laptop when it was a Windows older, Vista or Windows 7, it is best to go to the manufacturer's support page and download / install the latest driver version.

Starting in "Safe Mode" is done depending on the laptop model. Most models have an F8, F10 or F12 accessed as soon as the manufacturer / brand logo appears.

If the problem persists, you will need to save your original driver (on a portable (USB Stick)) made available by the device manufacturer and install it offline.

How to fix BSOD (BLUE SCREEN) DRIVER_IRQL_NOT_LESS_OR_EQUAL error on Windows 10