Yahoo! Messenger 9.0 was officially launched in the final version, after almost a year of beta. During this time there have been suggestions, new ideas for development, have added new emoticons, skins and interesting functions. Compared with the 8.1, 9.0 is much changed from the graphical and functional. Allows a closer connection between existing friends in Yahoo! Messenger list and those who visit a blog / website, whose administrator uses Yahoo! Messenger Pingbox.

Pingbox is a new Yahoo! Messenger application, Introduced with the final version 9.0. Pingbox is for those who want an application built IM / chat to page blog or personal website. Of course, Pingbox is ideal for small sites that offer Online Support to services. This application no need to have installed Yahoo! Messenger. The best part of Pingbox is anonymous. Both visitors and one that uses the blog, can keep IDSite anonymously.

Easy to set up: 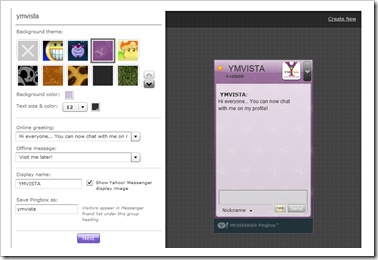 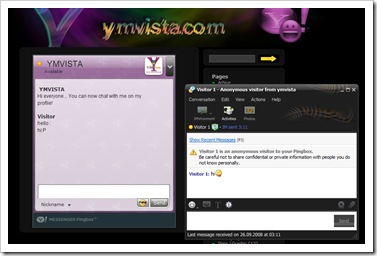 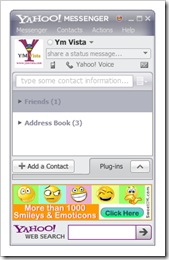 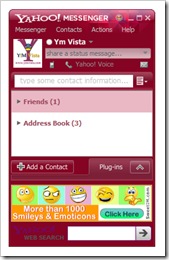 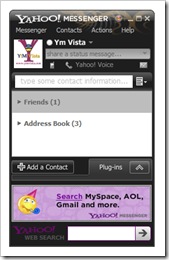 Around these two elements (Pingbox and three skins) would be news to Y! M 9.0 final comparitie with the latest Y! M 9.0 Beta. A complete list all features Yahoo! Messenger 9.0, can be found on the official blog of Yahoo! Messenger .. ymessengerblog.com.

Yahoo! Messenger 9.0 detailed presentation will be available soon on www.ymvista.com.