Hard to ignore one aspect of OS Windows 8 are modern applications, Which besides metro interface quite attractive and will be seen by some shortcomings such as unable to be run in window mode or being rolled on Desktop (Which runs only full screen), The absence Close buttons, minimize si maximizing (To be closed, applications must be drawn to the bottom of the screen), and in addition, they can not be installed than in Windows Store.

Well, at least some of these problems can now be solved through the application ModernMix.

ModernMix offers users Windows 8 able to run modern applications window modeRight on desktop, And also add buttons to minimize, maximize and close so that they can be closed or can simply be minimized in Taskbar. 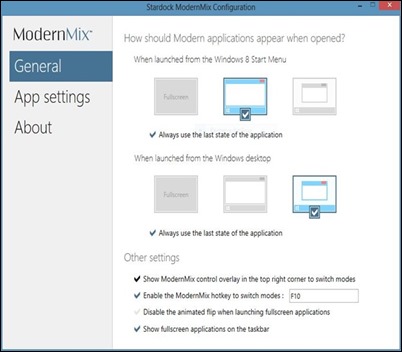 ModernMix Other features are: 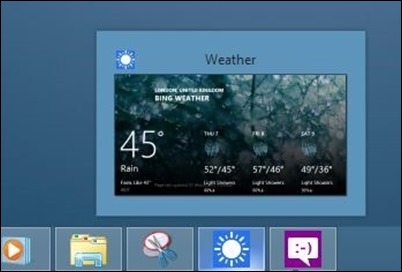 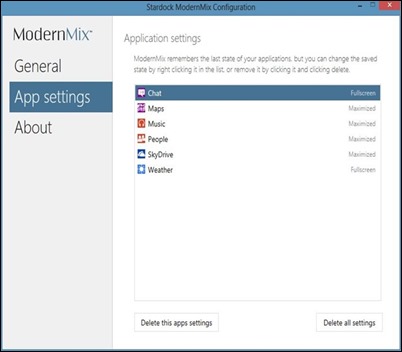 ModernMix is ​​free app (But its price is reasonable, just 4.99$), But those who want to test it can Download Trial of 30 days (Full options).

Note: To download the trial must enter a valid e-mail.

How to add Close, Minimize and Maximize buttons to modern applications Windows 8