These Linux distributions installed on Windows 10 they also have some limitations. The biggest limitation is the lack of a graphical interface. You will only be able to run command lines in Bash. Command-line shells. For this reason the feature was originally called "Bash on Ubuntu Windows", But after the addition of other distributions such as openSUSE Leap and SUSE Enterprize Server, the name has been changed to "Windows Subsystem for Linux ”. In the near future, Microsoft will also allow the installation of a version of the Fedora distribution.

First of all, this feature is not available for versions of Windows on 32-bit. If you have a version Windows on 32-bit, it's time to make a major change and move on versions on 64-bits.
If you Windows 10 64-bit, the first step is to go in Windows Features and enable / install "Windows Subsystem for Linux ”.

1. Open Control Panel> Programs → click on “Turn Windows features on or off ”→ in the dialog box that opens, check“Windows Subsystem for Linux ” 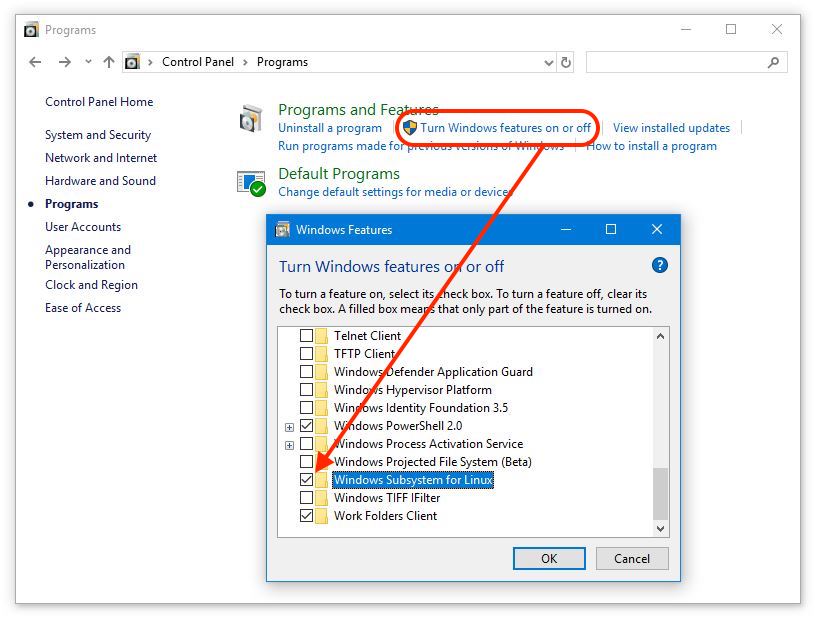 2. Click "OK" and wait until the feature installation process is complete.Windows Subsystem for Linux ”. Click “Restart now ”at the end of the process. 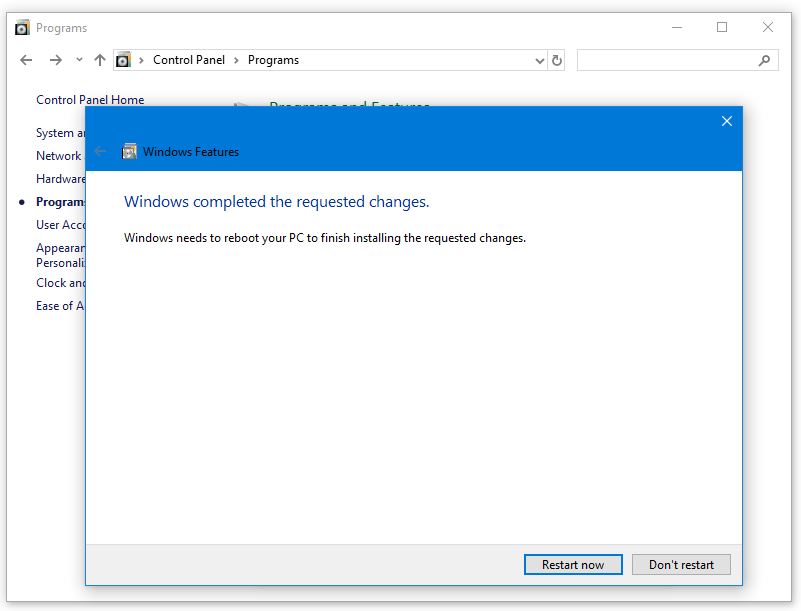 3. After restarting the computer, open Microsoft Store from the Start Menu and look for "Linux". All Linux distributions available in the application store will be displayed. 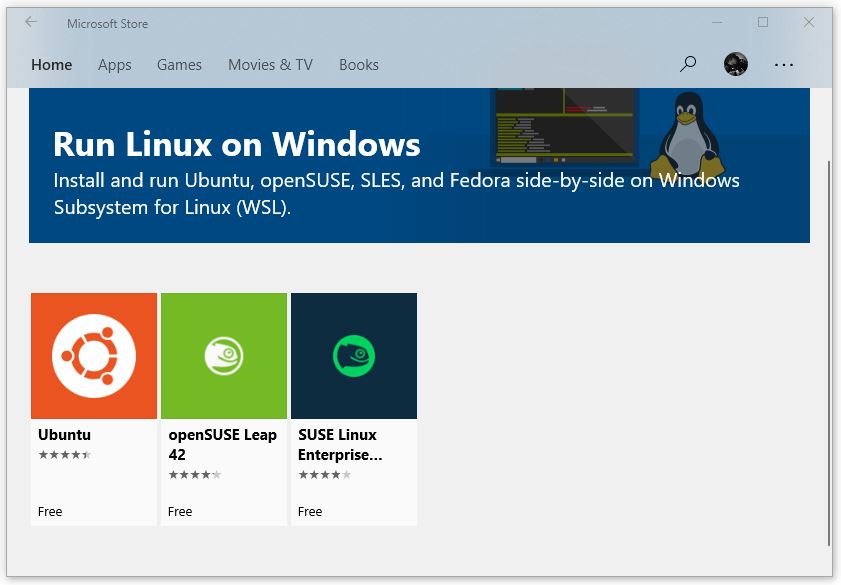 5. Select Ubuntu, then click "Get the apps"And"Get”To start the process of download Ubuntu Linux and install on Windows 10. 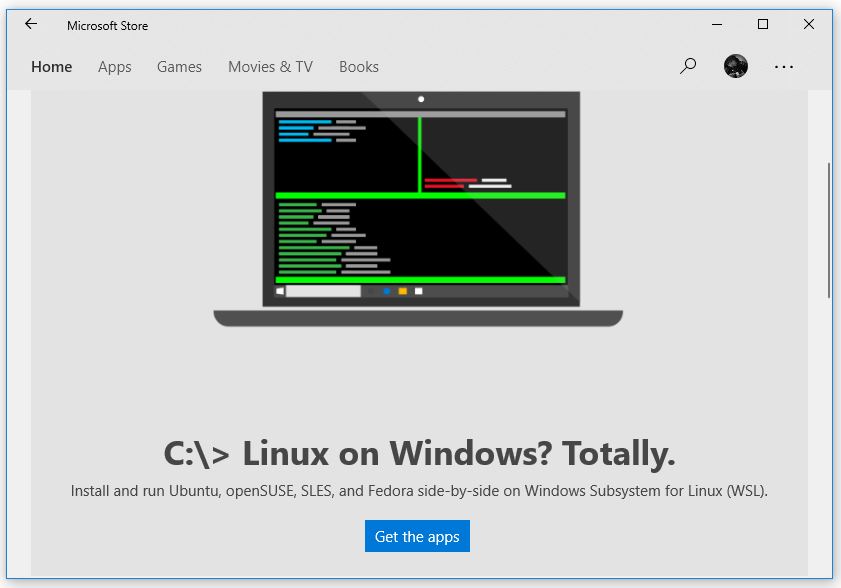 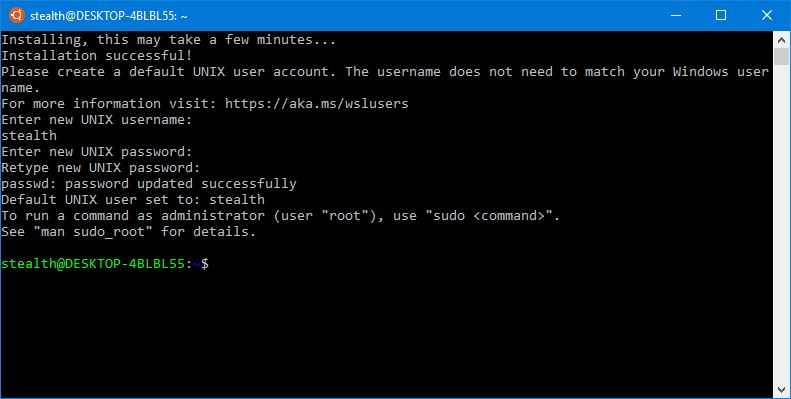 Once installed, you can use all commands and features available on Ubuntu. In this console / terminal, DOS commands are replaced with those on Linux. Both basic Linux and Ubuntu-specific ones. The first command that is recommended to run after installation is the update: 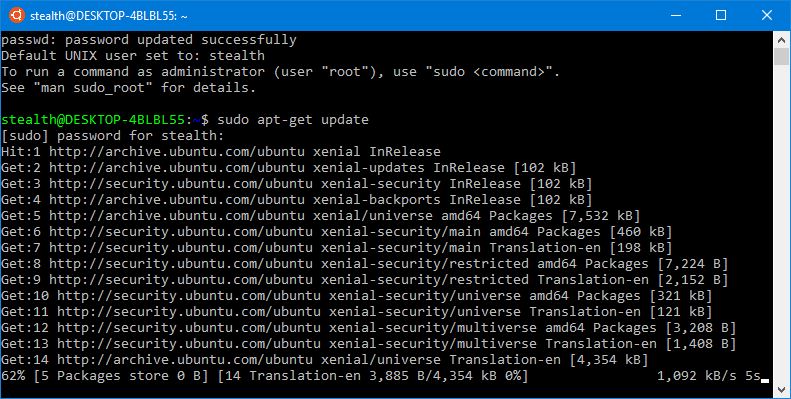 You can make a shortcut to "Ubuntu" in Taskbar or Start Menu for quick access to the operating system console.
In the same way you can install with Ubuntu and openSUSE, SUSE Linux Enterprize. It is very possible that Fedora will also be available in the coming months Windows 10.

Passionate about technology, I like to test and write tutorials about operating systems macOS, Linux, Windows, about WordPress, WooCommerce and LEMP web server configuration (Linux, NGINX, MySQL and PHP). I write on StealthSettings.com since 2006, and a few years later I started writing on iHowTo.Tips tutorials and news about devices in the ecosystem Apple: iPhone, iPad, Apple Watch, HomePod, iMac, MacBook, AirPods and accessories.