As you know, Windows 8 RTM is already available to download for free subscribers TechNet si MSDNAnd will be made public after October 26 on 2012. Among the major differences between Windows 8 si OS Windows previous, probably the most important is that Windows 8 cannot be installed unless one is used valid license code (Including Windows 7 users could install the operating system without product key and could use free for a 30 trial period days). The conclusion is that Microsoft considered that users will be sufficient to test Windows 8 Developer, Consumer si Preview release before deciding whether or not to buy the new operating system Windows. 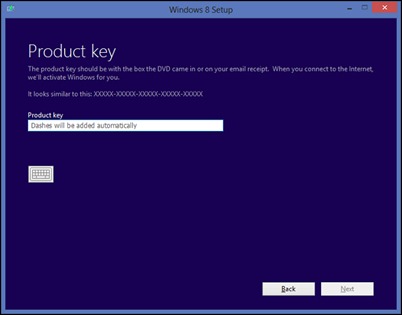 Since the version Preview release si RTM a Windows 8 there are a few differences, users will still want to test Windows 8 RTM may do without using a license code to install following the instructions below.

How to install Windows 8 RTM without using a product key?

First you will need a installation image of Windows 8 RTM, WinRAR (Or any other utility that can extract content ISO image) And WADK (Windows Assessment and Deployment Kit) for Windows 8 (It can be downloaded from here).

Extract the contents of the installation image a Windows 8 RTM (all files contained therein must be in the same folder!) And with Notepad, Create file ei.cfg (Ei.cfg file to determine what is edition of Windows is installed and the license is used during Windows Setup), Which then save it in the folder sources (Extracted from ISO image), and must contain: 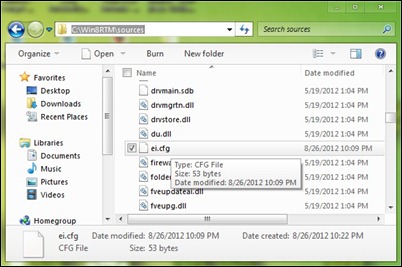 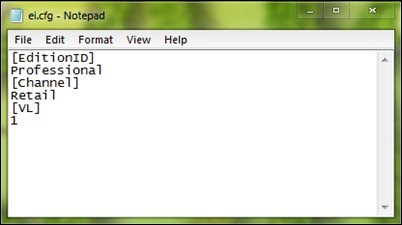 From installation files, back create bootable ISO image with the help Windows ADK:

oscdimg.exe it{Image name} -I u2-b{Path to the boot image path to file} {} {installation path where to create ISO image} 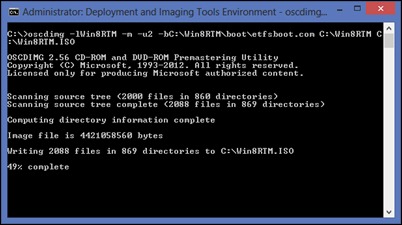 After the image is created, you can create a Instant DVDflushing or Bootable USB stick to install Windows 8Without requiring any code you license installation is possible.

Note: The boot image for Windows 8 is located in the boot folder (etfsboot.com).

How can we install it? Windows 8 without using a license code