Availability of updates for modern applications is only an alternative method Modern applications update already installed (users Windows 8 or Windows 8.1 will not install new applications using this method) on computers for various reasons can not connect to Internet to install these updates via Windows Store. Updates can then be distributed via System Center, WSUS or included in OS images.

Package updates the Microsoft Update Catalog available for modern applications are listed below, which can be downloaded in all languages Supported by Windows Store (certain editions of Windows but, like Windows RT si Windows 8.1 RT no support for these updates; also updates them via are not available Windows Update). 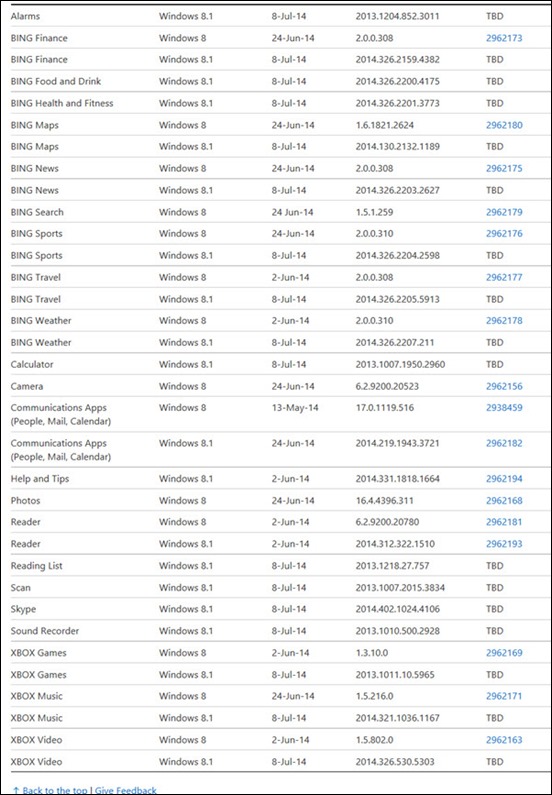 Microsoft products recommend installing these updates via WSUSBut users can extract files . MSI packages . Cab to make installation manual. Note however that package updates can not use dism.exe for installing offline thereof, updates must be installed through installer site. MSI available in the operating system (multiple information find here).

Microsft Update Catalog can be accessed only through the browser Internet Explorer (To download updates, enter number KB in their field Search available Home a Catalogue).