Microsoft presented two days ago, at an event held in New York, the new concept of Surface company's. An orientation towards dual-screen PCs, including the new one here Surface Neo, which will be followed by a series of devices dual-screen top products from companies and brands as well ASUS, HP, Dell si Lenovo.
This new hardware will need a specially optimized operating system to support two interactive dual-screen displays. It will be Windows 10X. An operating system based entirely on Windows 10, but with dedicated features Surface Neo and similar devices with two screens. 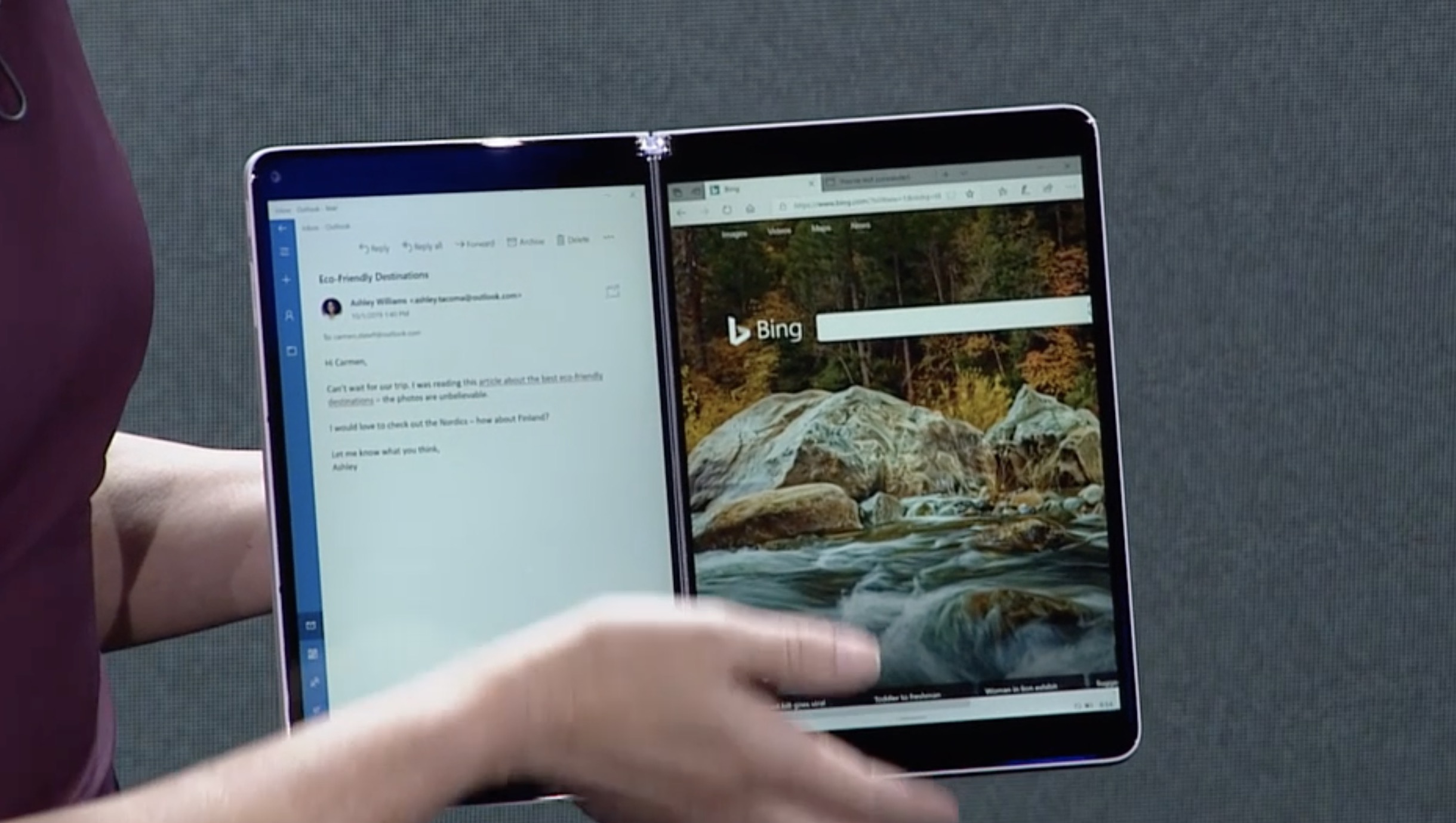 Microsoft gives assurances that Windows 10X will be able to all compatible applications Windows 10, but it is worth mentioning that they will run in a dedicated container for longer battery life. This makes us think like new Windows 10X will be based on and Windows Core OS. A plus for UX user interaction with next-generation devices.

Microsoft launched the first Surface concept about 7 years ago. The idea was to combine the usefulness of a laptop and a tablet into one device.
The new Surface Neo is a dual-hinged device - a kind of laptop where the keyboard part has been replaced with another screen. With the new Windows 10X, on both screens applications can be run in parallel / simultaneously. You can, for example, watch a football match on one screen and keep a game or internet browser open on the other screen. You can also easily drag an application from one screen to another or open an e-mail message on one screen and the "compose message" window on the other screen. These features of the Surface Neo are very useful for business.
Applying a magnetic bluetooth keyboard over a surface turns the Surface Neo into a veritable laptop. The keyboard will cover part of the screen and the other part will display the so-called "Wonder Bar“. A kind of Touch Bar from MacBook Pro, which will display shortcuts to open applications on the screen and other tools. 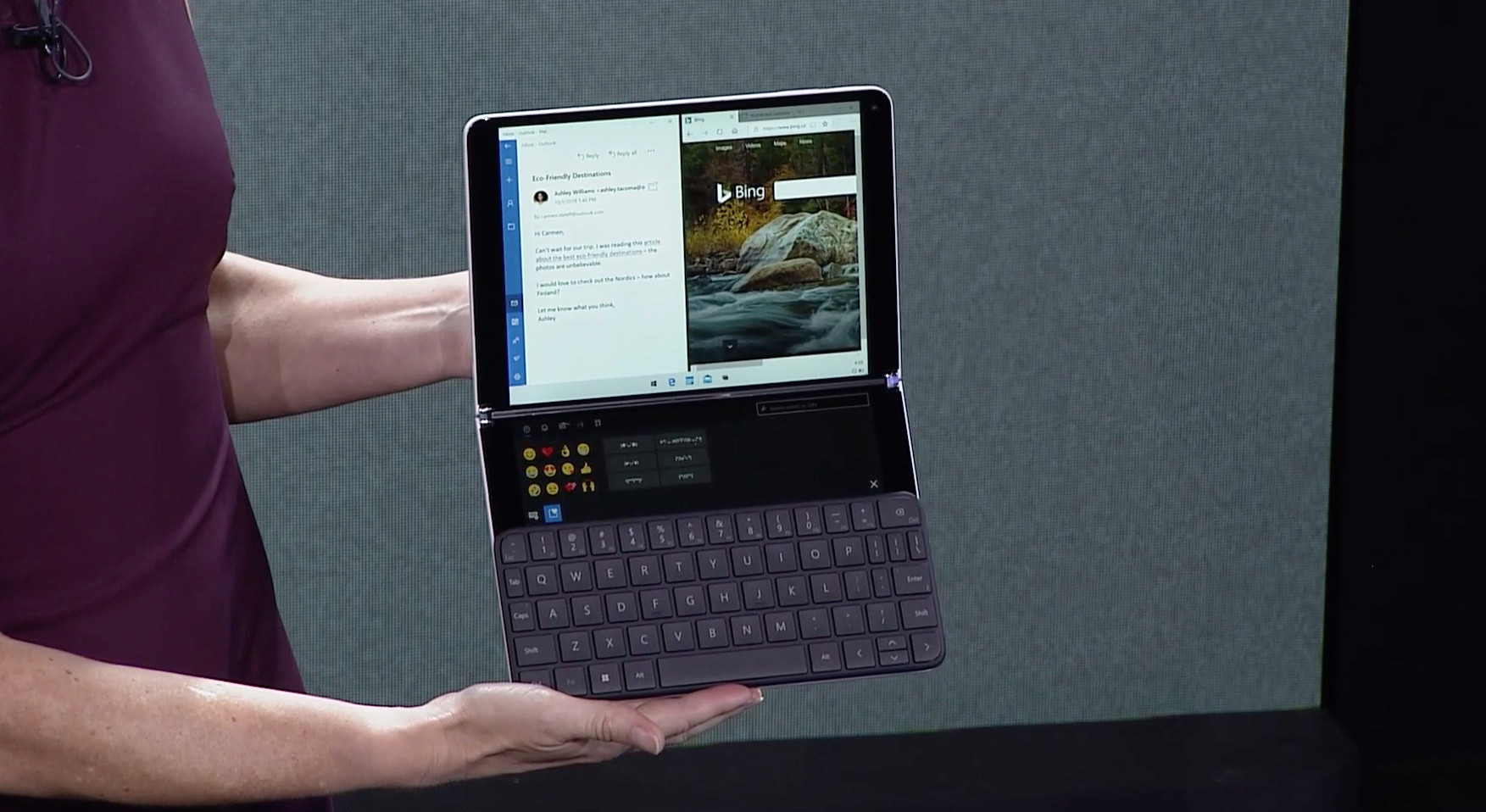 Surface Neo will most likely be launched during next year's Winter Holidays. 2020. Until then, it is quite possible that new technologies will allow Microsoft to bring improvements to both hardware and new features. Windows 10X.