Many users who have switched from Windows 7 or Windows 8.x la Windows 10, They noticed immediately after starting the new operating system, like your laptop or PC with the new one Windows 10 It's going very hard. When this happens, we first think about Memory (RAM) or at Processor (CPU), But there are many situations when Slow PC running Is caused by utExcessive hard disk imbalanceLike to System processes or processes applications.

wsappx Is one of the processes that can cause this slow running of the PC by using it in a percentage 100% and hard diskacquis. This use of 100% does not allow the running of other applications and other operations that require the hard disk. The locking moments appear a Windows 10 and delays in executing orders.

wsappx is not a virus Or another form of malware. It's a process Windows developed Microsoft products, Introduced with the launch Windows 8.1.
wsappx is a process that is responsible for at least three services Windows (Windows Services), all having as common denominator: Microsoft Store.

ClipSVC responsible for verifying purchases from Microsoft Store. The service starts on request, and in case you have purchases made from the Store, we do not recommend disabling it.

AppXSVC Is the service that uses most Hard disk resources after upgrade of Windows 8 to Windows 10. This service is responsible for checking the applications in Microsoft Store. Although it is set to start only on demand, for a long time, it will run and stress us quite a bit.

All three services do not offer us the possibility to permanently stop / change the status at startup. "Startup type"Cannot be modified. 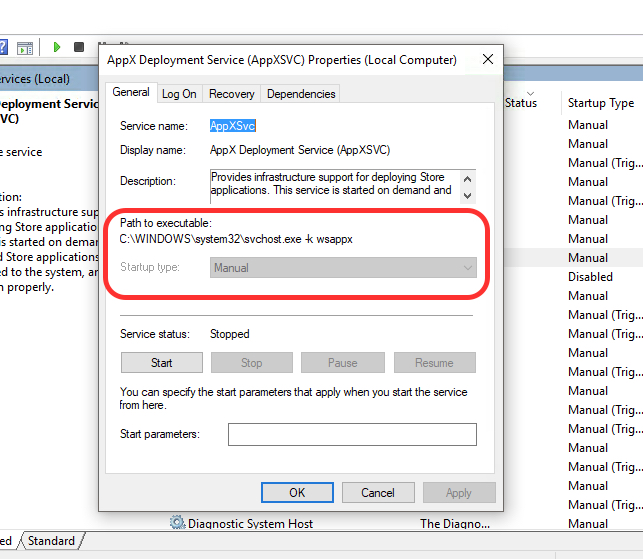 From what I have observed, this problem is solved by itself. Excessive use of resources takes place only a few hours after the upgrade is done Windows. Most likely, until the applications installed on the system and the integrity are checked Microsoft Store.

One solution would be to stop services by giving up Microsoft Store.

How can we deactivate Microsoft Store pe Windows 10

wsappx Is likely to appear in Task Manager and after deactivation Microsoft Store. This process is responsible for a combination of Microsoft services Windows.