Even if these feature-ins are designed to improve user experience desktop-hate in Windows 8.1, Some of them still prefer to use Switcher site (displayed when we move the mouse cursor in the upper left corner of the screen) to switch between modern applications and do not want to display them in Taskbar. 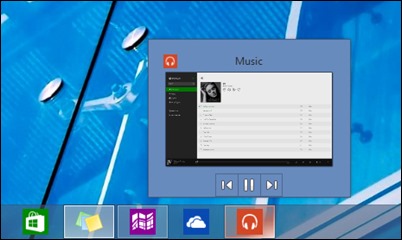 How to prevent the display of modern applications in Taskbar after installing Windows NEVER Update?

Fortunately, Microsoft intuited that some users Windows 8.1 most likely will not want to displays the modern applications open in Taskbar and provided the system with a setting which enables them to disable this feature. 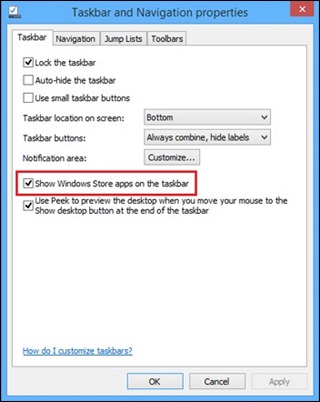 If none of Feature Sites Windows 8.1 Update not an improvement to you (and you would prefer to cancel it), can uninstall the update (and save disk space) Following the instructions here.

STEALTH SETTINGS - How to prevent modern apps from being displayed in Taskbar in Windows 8.1

How can we prevent the display of modern applications in Windows 8.1 Taskbar