After which three weeks ago has surprised users launching browser Firefox final 5 distance of only 3 months after launch awaited Firefox 4 (Preceded by no less than 12 beta), It seems that Mozilla a taste of 'speed' and manages to amaze us once again announcing the availability of the download for free the first Firefox beta 6. 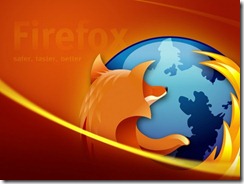 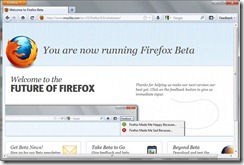 Note: This is a beta version and may contain bugs.