Nokia X, Announced last month MWC (Mobile World Congress) Is first Nokia smartphone running Android. But version Android this device is quite different from the standard versions used by millions of users of this system, and that's because Nokia X runs ASOP (Android Open Source Project) Which excludes applications si APIBut includes its own Nokia API si Microsoft services (Which means that users can not install applications from Play Store, Only the Nokia's storeWhich although contains a reasonable number of Android, Does not compare to that of Google).

If you already possess a Smartphone Nokia X or intend to buy one, and you want to have access to Google Play and other Google applications from it, you can install these applications if first Root device. As bootloader for Nokia X is partially blocked and the device is not yet available to the public (only those who have purchased the MWC), There is still a version of custom recovery for it, so method rootare is different from the conventional used for other Android devices. So to Root Nokia X, You need the Framaroot, I wrote about how to use here. 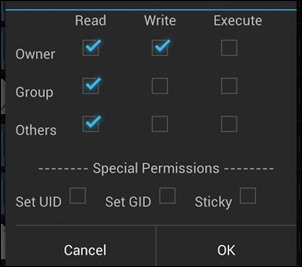 And ready. Following the above instructions will be Root smartphone Nokia X and you can install and use these The Google Play Store. Success!